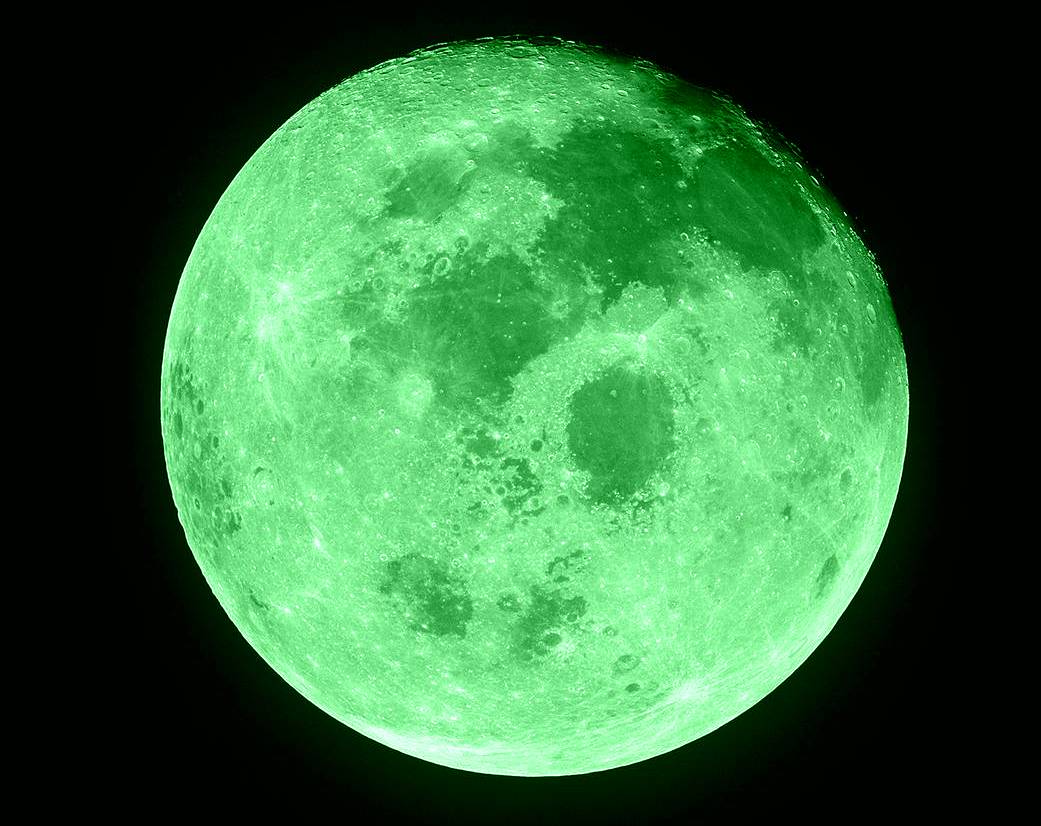 Rumors that the moon will turn green have surfaced and are now trending throughout social media. The idea that due to a highly improbable interaction with Uranus, the moon will glow in a shade of green for the first time in 420 years. It sounds spectacular, but unfortunately it's completely false.

Snopes, a site dedicated to debunking strange and unusual rumors, last week traced the origin of the green-moon claim to a now-deleted Facebook post on March 25 that included an altered photo of the moon and the message "Save the date - May 29th, 2016. Green moon visible for first time since 1847." The date has since changed to April 20th which is likely in reference to the 4/20 date and its unofficial significance as a day to celebrate marijuana.

A description along with the rumor gave a ‘scientific’ explanation about Uranus coming close to the moon which made it believable to those who want it to be true. Uranus is an ice giant with a blue-green hue thanks to methane gas in the planet's atmosphere, but it won't make our moon look green.

This isn't the first strange space rumor to gain traction on the Internet. Last year, NASA felt compelled to step in and assure people that an Earth-shattering asteroid would not be slamming into Earth in September 2015. As you can see by our continued existence, NASA was right. While the green-moon idea isn’t quite the same as a doomsday asteroid it does fall into the same "don't believe everything you read online" category.