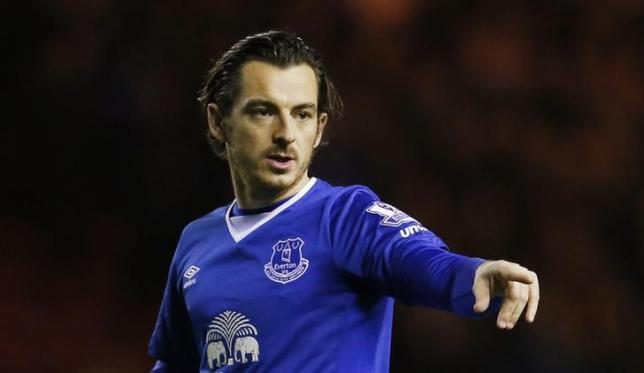 Everton full back Leighton Baines has apologised for comments he made questioning the team's chemistry, manager Roberto Martinez said on Thursday.

Martinez, however, criticised the media for misinterpreting the England international's remarks.

"It's very disappointing when you see a bit of a misinterpretation of certain words that a player says and clearly this was taken out of context," the Spaniard told reporters ahead of Saturday's Premier League game at Watford.

"They have been given the opportunity of maybe attracting a meaning that is not right, that is not correct and obviously for that he has apologised.

"Someone with the experience of Leighton Baines...has to take responsibility for those words," added Martinez.

"We expect a senior figure at Everton to take responsibility, to make sure we speak on the pitch and the way to do that is against Watford."

Baines delivered his criticism after the 1-0 defeat at Manchester United last weekend.

"I just don't feel as though the chemistry is quite there with the team on the pitch at the moment and it hasn't been for a while," he told the Liverpool Echo.

The defeat, Everton's third in a row in the league, left them 12th in the table, a point ahead of Watford who are 14th.

Martinez denied his side were leaning too much on individuals, something else Baines had said.

"I wouldn't say we are a team that relies on one or two individuals. We rely on the technical ability of the whole team," the manager said.

Everton and Watford are through to the semi-finals of the FA Cup but Martinez called on his players to concentrate on improving league performances.

"We should forget about the semi-finals," he said. "We have a lot of points to fight for."