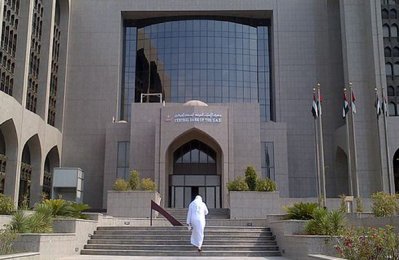 In a circular, the central bank directed some major banks operating in the UAE to freeze the accounts of Khadem Al-Qubaisi and Mohamed Al-Husseiny and provide information about their deposits and transactions, the sources said.

The circular did not say why the central bank was taking this action, and the central bank did not respond to a Reuters email seeking comment on Thursday. The sources spoke on condition of anonymity because of commercial sensitivities.

Al-Qubaisi was one of the most prominent executives in the UAE until he was abruptly replaced as IPIC's managing director in April last year. In subsequent months he stepped down as chairman of IPIC's unit Aabar Investments and from senior posts at several other firms in the region.

Al-Husseiny was replaced as chief executive of Aabar last year after holding that post since 2010.

The two men did not publicly discuss why they were replaced, and did not respond to phone calls from Reuters on Thursday seeking comment on the central bank's circular.

Spokesmen for IPIC and Aabar declined to comment on the circular. An Abu Dhabi Police spokesman was not immediately available for comment.

IPIC has close business links to Malaysia's scandal-hit state fund 1MDB, which is at the centre of corruption and money-laundering investigations in the US, Switzerland, Singapore and Luxembourg.

Last year IPIC came to the aid of debt-laden 1MDB, agreeing to provide it with $1 billion in cash and to assume $3.5 billion of 1MDB debt in exchange for some of the fund's assets. - Reuters