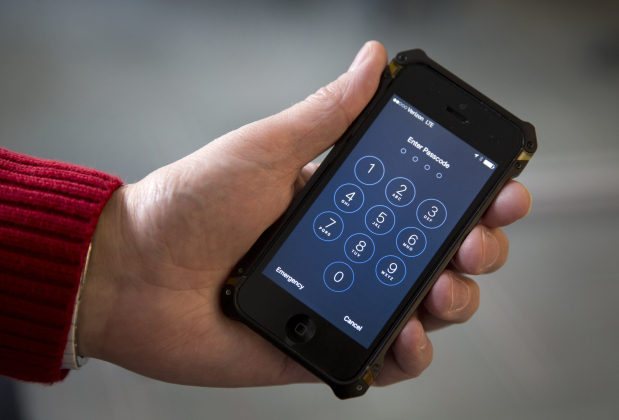 The US government is keeping its encryption battle with Apple alive, pressing the high-tech giant to help crack an iPhone in a drug case in New York.

The Justice Department filed a letter in a US District Court on Friday telling a judge that it still wants Apple to extract pictures, text messages and other digital data from an iPhone used by someone accused of trafficking in methamphetamines.

Also on Friday, court documents were unsealed showing that Apple rebuffed an order to help break into a locked iPhone for police investigating criminal gang activity in Boston.

The news came after a high-stakes showdown between Apple and the FBI over access to the iPhone of a California gunman ended with investigators saying they had extracted the data on their own.

Timing in the Massachusetts case lent support to Apple's ongoing argument that the US government was out to set legal precedent that would essentially open a back door into all iPhones.

A judge in Boston on February 1 ordered Apple to help police extract data from an iPhone confiscated last year from an alleged gang member, according to documents posted online Friday by the American Civil Liberties Union.

Apple told AFP it immediately challenged the order on legal grounds, and advised the court it could not unlock the handset because it was powered by iOS 9 software with updated security features.

The deadline passed for the US government to respond to Apple's stance on the order, indicating the effort was dropped.

Meanwhile, on February 16, Apple received the legal demand to help the FBI in the San Bernardino case, which grabbed headlines as a terror attack and promised to win public support for the government.

Key questions remain about how much access law enforcement should have to encrypted devices and how to balance security issues with user privacy rights.

In the New York case, Justice Department lawyers told US District Court Judge Margo Brodie in a written filing that "the government continues to require Apple's assistance in accessing the data that it is authorized to search by warrant."

Apple lawyers said they were disappointed by what amounted to an appeal by the government, arguing anew that it was an attempt to set a troubling legal precedent and not really a pursuit of vital information for fighting crime.

In the New York case, the accused drug trafficker confessed and is set to be sentenced, Apple attorneys said. Apple is being asked to extract data from an iPhone for sentencing purposes.

In the San Bernardino case, in contrast, the government called on Apple to create a new tool to bypass iPhone security systems to crack into an iPhone used by one of the shooters in a December rampage that left 14 dead.

Apple attorneys said they planned to oppose the government's effort in the New York case by pressing in court to find out whether it has done everything possible without the company's help to get the data it seeks and by continuing to argue that the request is not backed by law.

The US Drug Enforcement Agency and the FBI went to court in New York to compel Apple to help it break into an iPhone confiscated in June 2014 from a suspected methamphetamine trafficker, according to court documents.

The US government sought to get Apple to help break into the iPhone under the auspices of the All Writs Act -- a 1789 law that gives wide latitude to law enforcement, the same one cited in the San Bernardino case.

Earlier this year, a lower court judge in New York sided with Apple, saying law enforcement lacked the authority to compel the company to comply.

Apple on Friday maintained its position that the government is overreaching its authority, saying elected lawmakers should decide the degree to which third parties can be compelled to work for the government.

Congress is indeed expected to consider legislation that would require technology firms to retain "keys" that could retrieve data under court orders in criminal investigations.

A broad coalition of technology companies and activists have argued against any encryption rules that would allow "special access" for law enforcement, claiming they would create vulnerabilities that hackers or repressive governments could exploit, threatening the security of banking, electronic commerce, trade secrets and more.