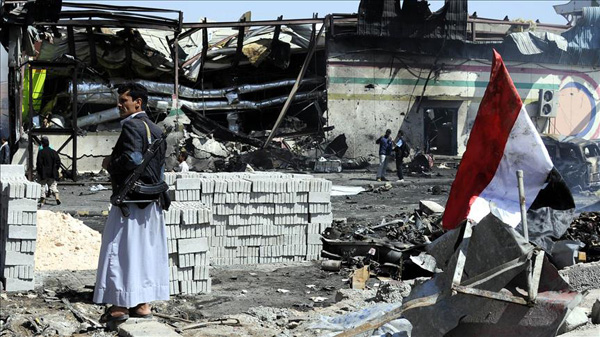 Muscat: Omani armed forces have evacuated an American from Yemen's rebel-held capital following a request for assistance from the United States, the sultanate's foreign ministry said.

"In response to a request from the US government for help to free an American in Yemen, the Omani authorities, in coordination with the Yemeni authorities in Sanaa, obtained the release of the US citizen", said a statement.

The person, whose identity was not revealed, "was evacuated on Friday night from Sanaa to Muscat on board an Omani air force plane before being repatriated" to the United States, it said, quoted by the official ONA news agency.

The statement gave no other details.

Yemen has been at war since September 2014, when Iran-backed Houthi rebels and their allies drove the government out of Sanaa and much of northern Yemen.

The Houthi rebels controlled Yemen's second city Aden for months before government forces backed by a Saudi-led military coalition pushed them back in July.

In September, Oman helped to negotiate the release of a Briton, two Americans and three Saudis held by the Houthis.

And in November, Oman evacuated from Yemen three other Americans said to have been held on allegations of spying.

The release of the latest American comes ahead of a UN-announced ceasefire set to take effect on Sunday night.