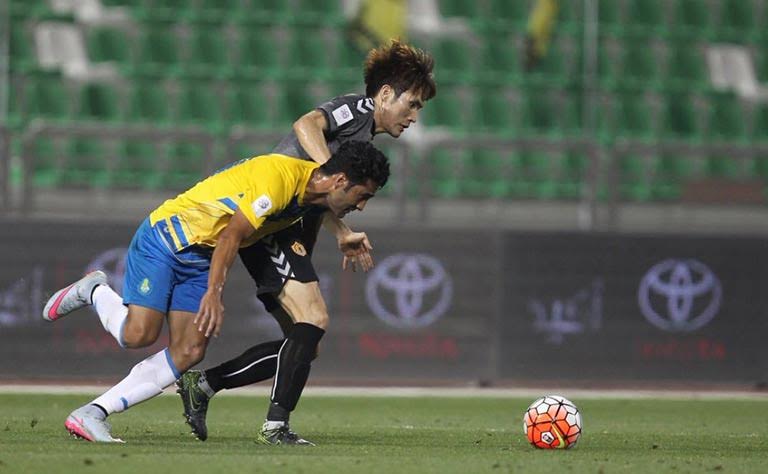 Doha: Qatar Sports Club’s (QSC) chances of Qatar Stars League (QSL) survival were handed a major boost on Saturday evening when the Kings defeated high-flying Al Gharafa 3-1 at Al Ahli stadium Qatar SC had a dream start to this must-win match as they registered in the opening seconds of the tie.

Ali Awad scored in the twelfth second, with one of the fastest goals in QSL history.

Abdullah Alawi quickly sent a cross to Carando who sent the ball into the Al Gharafa box and found Ali Awad who tapped it into the goal from close range.

Carando then doubled the lead for the Kings in the thirty third minute.

Khalid Mahmoudi made a diagonal run into the Gharafa box piercing through the defence and then passed to Carando, who was left unmarked.

At the second time of asking winter signing Carando slotted past Gharafa keeper Abdulaziz Ali to give the Kings a vital two goal cushion.

Al Gharafa found their way back into the tie moments later.

Mohammed Razaq took advantage of a horrendous goalkeeping mistake, to score the goal.

The goalkeeper mishandled the ball which was coming in as a hopeful cross and punched in to the path of Razaq who scored after it kindly fell to him.

In a nervy second half Ali Said kept his cool and put the game to bed for Sebastao Lazaroni’s side in the 87th minute.

The 22-year-old scored the winner to bring the final score to 3-1 in favour of the Kings putting the three points beyond the reach of Al Gharafa.

The well positioned midfielder put it past Abdulaziz Ali in the Gharafa goal from a curling right footed effort into the back of the net.

With Al Kharaitiyat also winning tonight means that Qatar SC are in the relegation zone by one point.