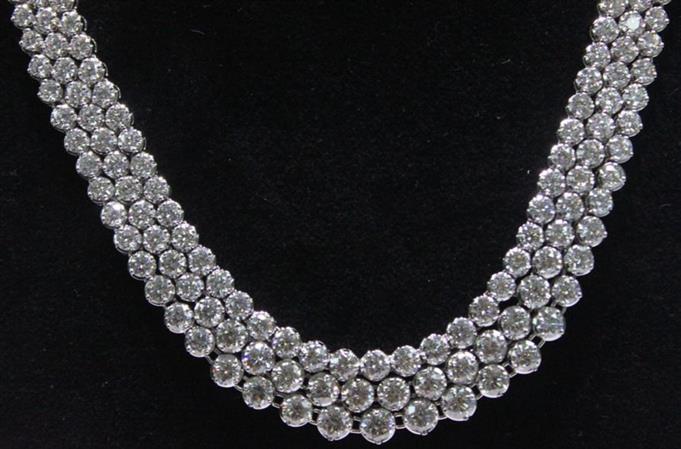 Sharjah: The CID department of Sharjah Police is investigating a case where a necklace studded with diamonds, which is worth AED400,000, was stolen during an exhibition at Sharjah Expo.

According to a report in Emirates 24/7, the heist took place during the Mideast Watch and Jewellery Show, held at Sharjah Expo from April 5-9.

The police have collected the fingerprints from the site and launched an inquiry into the case.

The owner told the police that the necklace was worth AED400,000.