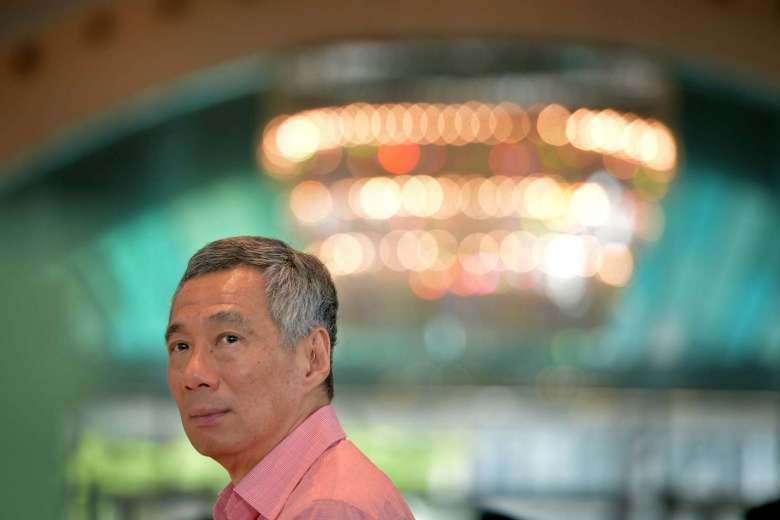 PM Lee Hsien Loong said in a Facebook post that he is deeply saddened that his sister, Dr Lee Wei Ling, accused him of abusing his power to commemorate the first anniversary of their father's death in order to establish a dynasty. (Straitstimes Photo)

Singapore: A rare and unexpected family feud has burst into the open between Singapore's prime minister and his sister over the anniversary of the death of their father, the city state's founding leader, Lee Kuan Yew.

In a Facebook post Sunday, Dr. Lee Wei Ling, a well-known neurosurgeon, said the government was trying to use the occasion of her father's one-year death anniversary to "hero-worship" him, according to Channel News Asia, a government-supported television station and news website. It said Dr. Lee suggested that her brother, Prime Minister Lee Hsien Loong, was "abusing his power" by conducting elaborate anniversary events, and trying to establish a political "dynasty."

Channel News Asia said the post was taken down from Facebook later Sunday. But then Lee fired back at his sister in his own Facebook post a few hours later, saying he is "deeply saddened" by her accusations, which he said "are completely untrue."

"The idea that I should wish to establish a dynasty makes even less sense. Meritocracy is a fundamental value of our society, and neither I, the PAP, nor the Singapore public would tolerate any such attempt," he wrote, referring to the ruling People's Action Party.

The PAP has been a solidly united political entity since it came to be headed by the late Lee in 1954. It has continued to rule since then, crushing all opposition in every general election.

Lee was prime minister from 1959 to 1990, and remained an influential figure in the government for several years thereafter. In the past, Lee had sued critics for defamation for suggesting nepotism in his government, so for such an accusation to come from within his own family is a political bombshell for Singaporeans.

Lee died on March 23, 2015, and the government carried out a host of public programs this year to commemorate his death.

"The first anniversary of a person's passing is a significant moment to remember him and reflect on what he meant to us. The more so with Mr. Lee Kuan Yew," the prime minister said in his Facebook post. He added that that his government recognised the "strong desire" of many in Singapore to show their respect for Lee, and agreed that the events and observances were "generally appropriate."

Channel News Asia said that in her Facebook post, Dr. Lee had reproduced her correspondence with the editors of The Straits Times over the draft of an opinion piece on the anniversary programs she had written. The opinion piece was not published by The Straits Times, and was eventually posted in full on Dr. Lee's Facebook page, Channel News Asia said.

It said that in one of the emails released by Dr. Lee, she said that she and her brother "are at odds on a matter of principle" with regard to the commemoration, and that her brother had "no qualms (about) abusing his power to (have) a commemoration just one year after Lee Kuan Yew died".

She added: "Let's be real, last year's event was so vivid, no one will forget it in one (year). But if the power that be wants to establish a dynasty, LKY's daughter will not allow LKY's name to be sullied by a dishonourable son."

Channel News Asia said the posts were taken down on Sunday, but it was not clear by whom.

It quoted her as saying she will no longer write for the Singapore Press Holdings group, which publishes The Straits Times, saying its editors do not allow her "freedom of speech."

"In fact, that was the reason why I posted the article that LKY would not want to be hero-worshipped," she wrote, according to Channel News Asia.