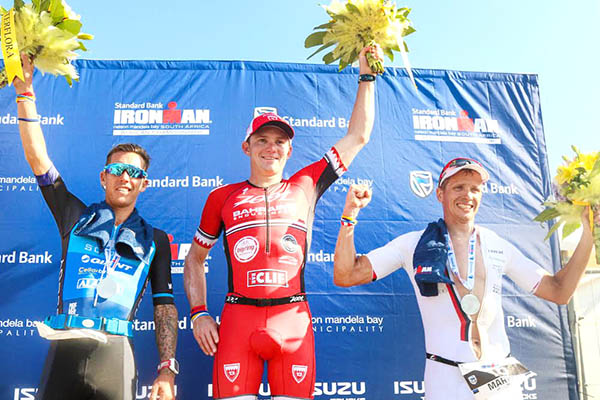 Hoffman finished the gruelling event in 08.12 hours, adding another feather to the achievements of the Bahrain team.

Another favourite of Bahrain Endurance team Jodie Swallow was injured during the cycling round as she was affected by the strong winds created by the helicopter of the championship’s media crew. The helicopter was flying in low altitude and affected many athletes. Swallow however completed the race and was taken to a local hospital for treatment.

Representative of His Majesty for Charity Works and Youth Affairs, chairman of Supreme Council for Youth and Sports, and president of Bahrain Olympic Committee finished the race in 10.21 hours, coming out of the swimming round in 1.09.02 time and finishing the cycling and running races in 5.16.28 and 3.49 hours respectively.

After crossing the finish line, Shaikh Nasser expressed his happiness in taking part in the championship and the results of the Bahraini team, stressing that participating in South Africa would add to the team members’ experiences abroad and improve their overall performance.

Shaikh Nasser’s participation in this event drew international attention with the commentators describing him as “the Godfather of Triathlon Sports in the Middle East”.

Qualifiers to the World Triathlon Championship to be held later this year in Kuna, Hawaii, will be announced during a special ceremony today.