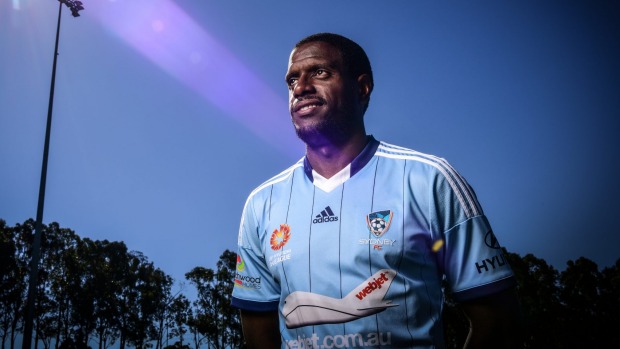 Lesson learned: Sydney FC defender Jacques Faty has to adapt to the style of refereeing in the A-League. (SMH Photo)

French-born Faty, 32, played 30 A-League games for the Sky Blues after joining during last year's transfer window, but both sides have come to a mutual agreement to terminate his contract.

The centre-half, who previously played for Rennes and Marseille, signed a new deal this year which would have finished at the end of next season, the club said.

"Jacques has given great service to the club and played an integral part in our record-breaking season last year," Sydney head coach Graham Arnold said.

Sydney FC have had a disastrous season and missed out on this year's top six play-offs, winning only one of their last 11 A-League games.