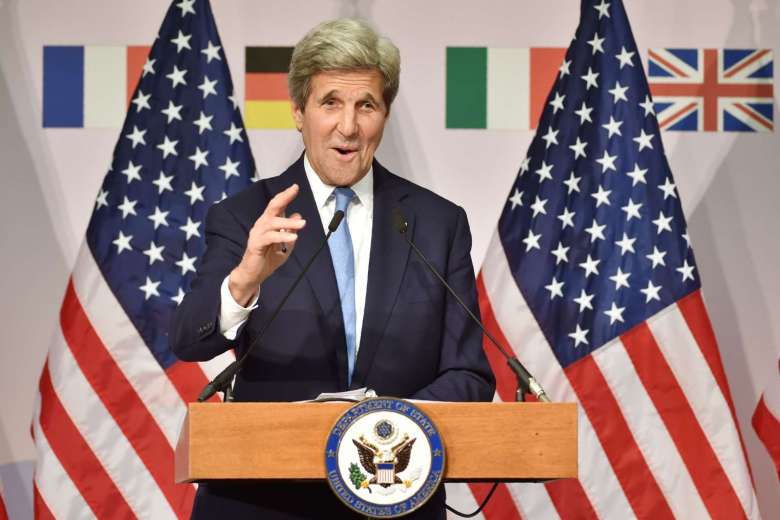 US Secretary of State John Kerry speaks during a press conference following the G7 Foreign Ministers' Meeting in Hiroshima on April 11, 2016. (AFP Photo)

Hiroshima, Japan: The United States is prepared to "ratchet up" pressure on North Korea after its latest provocations but remains open to talks, US Secretary of State John Kerry said on Monday.

"It is still possible we will ratchet up (the pressure) even more depending on the actions of the DPRK (North Korea)," Kerry told reporters after a G7 meeting in Hiroshima.

"But we have made it clear... we are prepared to negotiate a peace treaty" on the Korean peninsula.

The North said on Saturday said it had successfully tested an engine designed for an inter-continental ballistic missile that would "guarantee" an eventual nuclear strike on the US mainland.