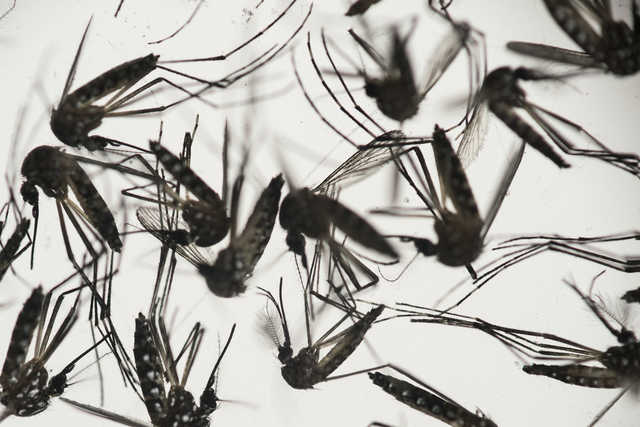 Top health officials expressed heightened concern on Monday about the threat posed to the US by the Zika virus, saying the mosquito that spreads it is now present in about 30 states and hundreds of thousands of infections could appear in Puerto Rico.

At a White House briefing, they stepped up pressure on the Republican-led Congress to pass approximately $1.9 billion in emergency funding for Zika preparedness that the Obama administration requested in February.

"Everything we look at with this virus seems to be a bit scarier than we initially thought," said Dr Anne Schuchat, a deputy director at the US Centres for Disease Control and Prevention.

"And so while we absolutely hope we don't see widespread local transmission in the continental US, we need the states to be ready for that," Schuchat added.

Zika, linked to numerous cases of the birth defect micocephaly in Brazil, is spreading rapidly in Latin America and the Caribbean.

The White House said last week in the absence of the emergency funds it will redirect $589 million, mostly from money already provided by Congress to tackle the Ebola virus, to prepare for Zika before it begins to emerge in the continental United States as the weather warms.

Dr. Anthony Fauci, director of the U.S. National Institute of Allergy and Infectious Diseases, said if Congress does not provide emergency Zika funding, US officials likely would be forced to redirect money currently dedicated for research into malaria, tuberculosis and a universal flu vaccine.

"I don't have what I need right now," Fauci said.

Hopefully the funding crimp will never reach a point where the stopgap money runs out, but if it does, he said, "we'll have to start raiding other accounts, and very important research in other diseases is going to suffer, and suffer badly."

Schuchat said Aedes aegypti, the mosquito species that primarily transmits the virus, is present in about 30 states, rather than 12 as previously thought. In the U.S. territory Puerto Rico, there may be hundreds of thousands of Zika infections and perhaps hundreds of affected babies, she added.

Fauci said it appears the first Zika vaccine candidate is on target to enter initial clinical trials in September.

Schuchat declined to forecast the number of Zika infections that could occur in the US. While she said she did not expect large outbreaks in the continental US, "we can't assume we're not going to have a big problem."

Schuchat said Zika is likely to be a problem during much of a pregnancy, not just not just during the first trimester as previously believed.

As Brazil prepares to host the Olympic games in August, the CDC has recommended that pregnant women avoid traveling to the country.

"We also want people to know that travel to the area may lead to 'silent' infections or infections with symptoms, and that following infections, it's very important to take precautions during sex not to spread the virus," Schuchat said.

The World Health Organization has said there is a strong scientific consensus that Zika can cause microcephaly, a condition in which babies are born with small heads that can result in developmental problems, as well as Guillain-Barre syndrome, a rare neurological disorder that can result in paralysis, though proof may take months or years.

Brazil said last week it has confirmed more than 1,046 cases of microcephaly, and considers most to be related to Zika infections in the mothers.