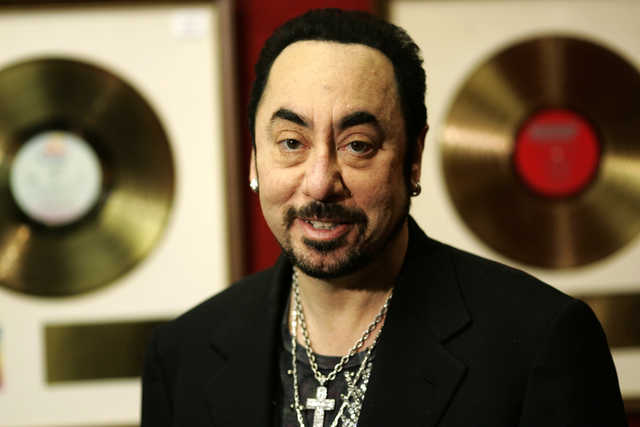 Gest poses with some of his collection of entertainment memorabilia at an auction house in London. (AP Photo)

Gest, who was aged 62, was found in the Four Seasons hotel in the Canary Wharf business district of the city.

The producer, whose credits included a TV musical special about pop star Michael Jackson, married actress and singer Minnelli in 2002. They separated the following year.

Gest appeared in the 2006 series of British reality TV show I'm a Celebrity ... Get Me Out of Here, and his popularity with viewers led to other television work, including his own show called This Is David Gest.

He returned to reality television at the start of the year, entering the Celebrity Big Brother house in January but he left the house 13 days later on medical grounds.

London police said in a statement: "Police were called at 10:17 on Tuesday 12 April to the Four Seasons hotel, in Westferry Circus to reports of an unexplained death of a man in his 60s.

"London Ambulance Service were called to the scene. Life was pronounced extinct at the hotel. A post-mortem will be held in due course. Next of kin are in the process of being informed."