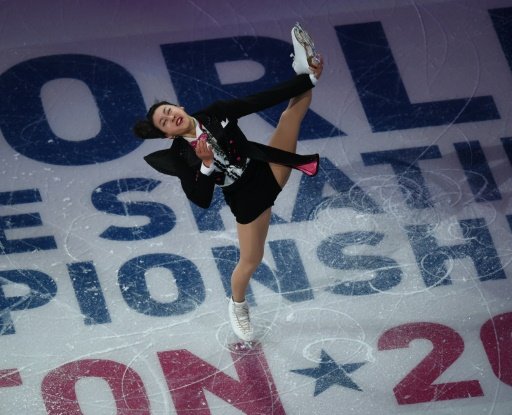 Japan's Mao Asada skates during the Exhibition of Champions program at the ISU World Figure Skating Championships in Boston on April 3, 2016. (AFP Photo)

Tokyo: Three-time world figure skating champion and Japanese national sweetheart Mao Asada has declared for the first time that she will aim to compete at the 2018 Pyeongchang Olympics.

Asada, 25, took a year off after winning the World Figure Skating Championships in 2014.

She made a full comeback in May last year, but had never said clearly if she has the desire to compete for the next Winter Olympics in neighbouring South Korea.

It would be the Japanese athlete's third Winter Games, and she will be 27.

"As a figure skater, as an athlete, I will be able to compete only for a few more years, not for decades," Asada told reporters Tuesday at a product promotion event for a bed-maker, one of her sponsors, in Tokyo.

"As far as I perform competitively, I have a strong desire to do so at an Olympic Games, the greatest stage for athletes.

"I believe it will be my ultimate goal," she added.

Olympic gold has so far eluded Asada, who first came to national prominence as a child prodigy on ice.

She won silver at the 2010 Vancouver Olympics against rival South Korean star and gold-medallist Kim Yu-Na.

But Asada finished the Sochi Olympics in 2014 in a disappointing sixth place. She had a disastrous short programme that was followed by a stunning comeback in the freestyle segment that led to an outpouring of national emotion at her competitive spirit.