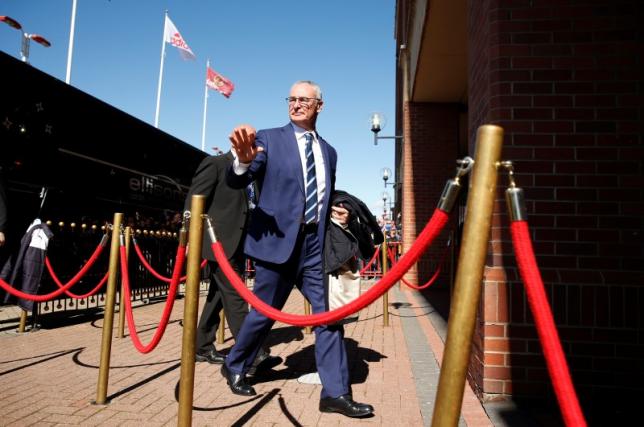 Leicester City manager Claudio Ranieri is convinced closest rivals Tottenham Hotspur will not give up easily and predicted a "terrible" last five games for his team who continue their surge for a maiden Premier League title.

Leicester, seven points ahead of second-placed Tottenham, are three victories away from capturing their first English top-flight title but Ranieri would take nothing for granted.

"It's not done yet though. We're in the Champions League, but the last five games will be terrible. Tottenham won't give up and we have to stay focused," Ranieri told Italian newspaper Gazzetta dello Sport.

"Our work rate? That's our great asset. They're good lads, facing the story of their lives with great responsibility... Nobody saves themselves or stops for breath."

Ranieri appeared moved to tears after his team outfoxed relegation-threatened Sunderland on Sunday to confirm their place in next season's Champions League.

"They weren't real tears, they were unshed tears. It was an emotional moment... I have a public role and I try to be level-headed," the former Chelsea manager said.

"I have to give clear signals to my team, I can't get carried away by emotion."

Leicester can take a step closer to the title when they host Champions League-chasing West Ham United on Sunday.