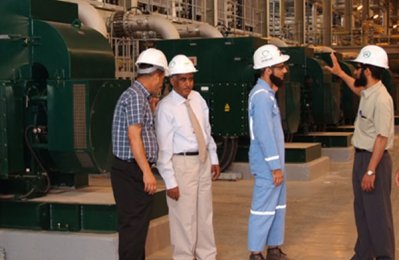 Oman Power and Water Procurement (OPWP), has signed RO100 million ($259 million) agreement with a group to set up Oman Gulf, which will build a desalination plant in Sohar, a report said.

The project is likely to meet about 80 per cent of water demand in Al Batinah North, added the Times of Oman report.

Expected to start commercial operation in 2018, the independent water project will produce 250,000 cu m of water per day using reserve osmosis as water purification technology, according to the report.

As per the terms of the agreement, OPWP will have the right to buy the desalinated water produced by the plant during a concession period of 20 years.

"The project will have a role in supporting water security in Oman, in general, and in Al Batinah North, in particular, and will contribute to reducing the cost of water procurement thanks to the enhanced efficiency of the new plant,” Ahmad bin Saleh Al Jahdhami, CEO of Oman Power and Water Procurement was quoted as saying in the report.

“The project is totally financed by local banks and this comes in line with the banking sector vision of supporting the local enterprises that contributes to the welfare of the Omani people,” said Qais Al Kharusi, chief executive officer of Oman Brunei Investment Company.

“According to the agreements, the investing company shall provide the required technical expertise for the Omani employees and workers recruited at the project. This in turn, will open new windows for the small and medium enterprises sector to have a hand and make profits,” Al Kharusi added.