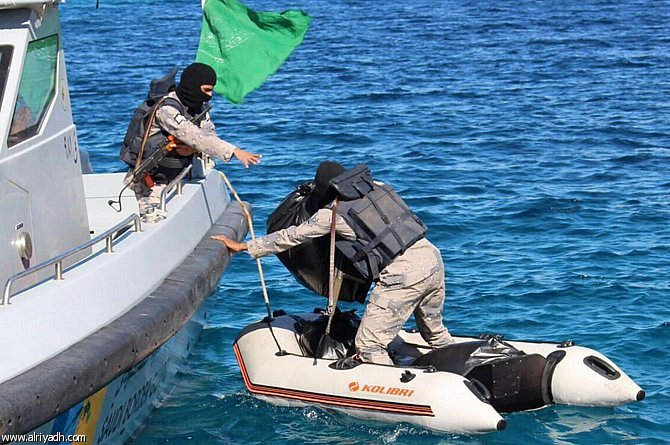 Riyadh: The border guards in the province of Tabuk foiled a bid to smuggle 1.302 million amphetamine pills, and arrested two Egyptian traffickers.

An alert maritime border guard patrol spotted a boat which entered the Saudi territorial waters off the coast of Haql Governorate.

They raided the boat and confiscated twelve bags containing the amphetamine pills, in addition to 145 kilogrammes of cannabis (hashish).

Two Saudi accomplices have been caught in connection with the case and referred to the Bureau of Investigation and public prosecution.