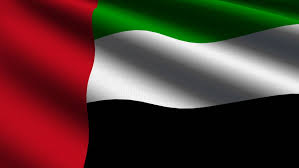 The Federal Authority for Government Human Resources has declared Thursday, 5th of May, an official holiday for the public sector to mark the 'Israa and Miraj' holiday, work will resume on Sunday, May 8th.

A circular issued by the authority stated that the decision is in implementation of the provisions of Paragraph 5 of Article 100 of the Cabinet Resolution No.13 of 2012 and regulations of the Decree of Federal Law No.11 of 2008 on human resources in the federal government and its amendments, which defines the public holidays of ministries and federal authorities in the country.

The article allows shifting of official holidays to the beginning or end of the week if they fall between two working days.

Accordingly, the 'Israa and Miraj' holiday was moved from May 4th to Thursday, May 5th.

It also congratulated the people of the UAE and the Arab and Islamic nations on the occasion.