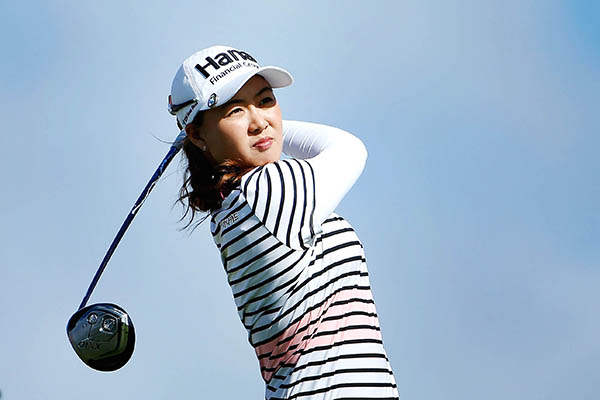 Los Angeles: Thailand’s Moriya Jutanugarn fired a four-under par 68 to take a share of the first round lead at the LPGA Tour’s Lotte Championship on Wednesday.

On a blustery day, the 21-year-old Moriya got off to a hot start by making birdie on two of her first three holes. She finished with seven birdies, one bogey and one double bogey to finish tied with Australia’s Lee Min-Jee who also opened with a 68.

Moriya and Lee have a one-stroke lead over a group of five that comprises Canada’s Brooke Henderson, Germany’s Caroline Masson, American Kim Kaufman and Kim Sei-Young of South Korea.

“I think I was having fun with my game today,” Moriya said. “I was trying to play with a strong wind and trying to get up and down.

“It feels like I had a lot of patience with the wind, so pretty good for my game.”

“You know, I didn’t even count (score) until I finished,” Moriya said. “I was like, that’s nice, seven birdies. It was fun making birdies with this wind.”

“It helps if you’re a good ball-striker, but you also need to judge the wind as well, like how far you want to take it right, or if the wind is right to left,” she said.

“You got to have some luck with it, too. It’s not just all about your skill. Mother Nature can throw anything at you. I think I judged it really well today so I’m happy.”