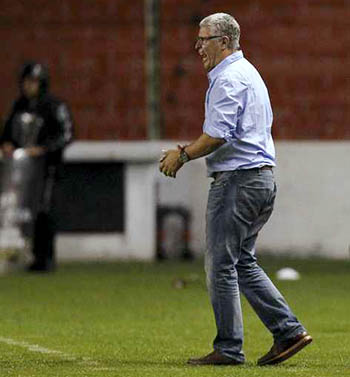 The 32-year-old Argentina international is suing Newcastle for about two million pounds ($2.8m) on the grounds of disability discrimination.

The club also made it impossible for Gutierrez to play enough matches to get an extended contract, the tribunal found.

“Just over two weeks after the claimant returned to the club in November 2013 following his diagnosis and treatment, and at a point when he was match fit and returning to action, he was told he no longer featured in the club’s future plans,” the tribunal ruled.

The tribunal dismissed claims of unfavourable treatment and harassment related to disability.

Gutierrez, who joined Newcastle from Real Mallorca in 2008, was diagnosed with testicular cancer in October 2013.

He made nearly 200 appearances for the club, who are second from bottom in the league and in serious danger of relegation, before leaving last year to join Spanish team Deportivo La Coruna.

“Thanks newcastle fans for your support. I love the city. I hope WE stay up,” Gutierrez said on Twitter.