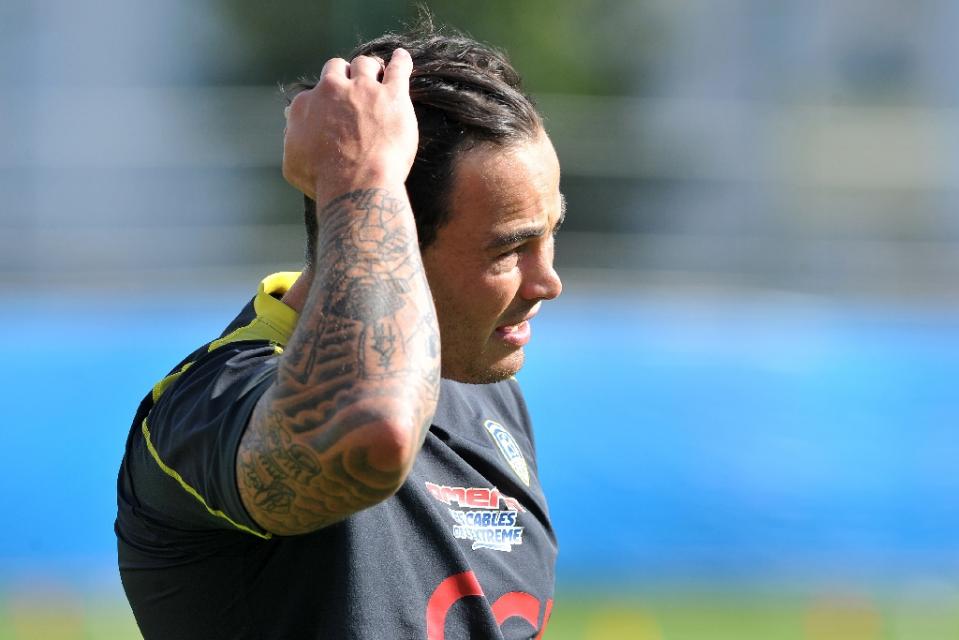 Melbourne: The New South Wales Waratahs have given Zac Guildford the week off as the troubled former All Black winger struggles with form woes and a foot injury.

Guildford was thrown a contract lifeline by Waratahs coach and fellow New Zealander Daryl Gibson in the off-season after burning bridges in his home nation due to a slew of alcohol-related incidents.

The 27-year-old had a bright start with his new Super Rugby club but has been down on form and Gibson said he would have been dropped had a broken toe at training not already ruled him out for Saturday's clash against the ACT Brumbies.

"We tried to run him over the last week. Ran him again on Tuesday, made it worse and so obviously he's going to be out for a while," Gibson told reporters in Sydney.

"He's got a fractured little toe and that hasn't healed.

"He's pretty down about that ... so I've given him some time off.

A self-confessed alcoholic, Greytown-born Guildford will be well-supported as he works through his rough patch, Gibson said.

"Obviously, the care around him is pretty extensive," Gibson said.

"We've done a number of things and he's actively working on that and, again, these are the setbacks and so forth that you have to cope with as a rugby player.