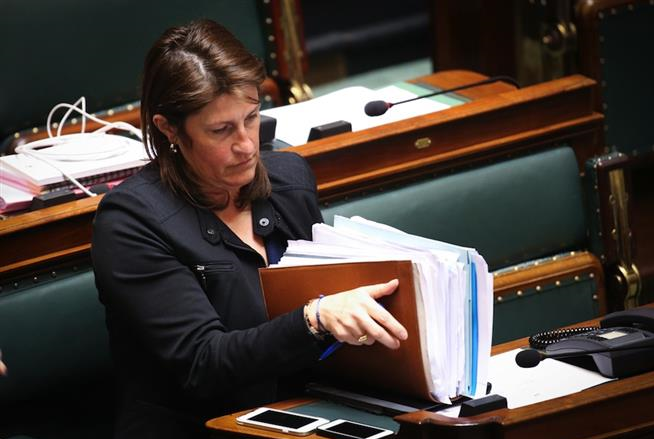 Brussels: Belgium's transport minister resigned after being accused of ignoring EU reports of security failings at the country's airports ahead of last month's suicide bombings in Europe's symbolic capital.

The resignation of Jacqueline Galant is the first political fallout from the attacks on March 22 that killed 32 people in Brussels, including 16 at the national airport.

Belgium, a notoriously complex country divided along linguistic and political lines, has been accused of a lax security apparatus that was also exposed by a foiled attack on the high-speed train connection to Paris last August.

The little-experienced Galant was under fire after the damning EU reports were leaked to media.

This followed the shock resignation of a top transport official on Thursday who accused Galant of incompetence and "Gestapo-like" behaviour.

"Transport Minister Jacqueline Galant has offered her resignation to the king, which was accepted," Prime Minister Charles Michel said after a cabinet meeting, according to a statement from the royal palace.

Two Islamic State attackers blew themselves up in the departure hall at Brussels airport in a first wave of co-ordinated attacks that also hit a metro station near European Union headquarters buildings.

The EU reports only covered areas of the airport beyond security checks, but they pointed to "serious deficiencies" in security including an inadequate tracing of explosive devices.

The latest report from April 2015 said Belgium was still "non-compliant, with serious deficiencies" in five areas based on spot checks at Antwerp airport.

Galant denied she was ever made aware of the reports that date back to 2008 and that also warn of an alarming lack of staff and funding at the airport authority.

But a top official said he had clearly notified Galant and her office and even provided separate expertise drawn up in January 2015 after the jihadist attacks on the Charlie Hebdo satirical magazine in Paris.

That report warned that a terrorist attack on Belgium's airports "was no longer hypothetical".