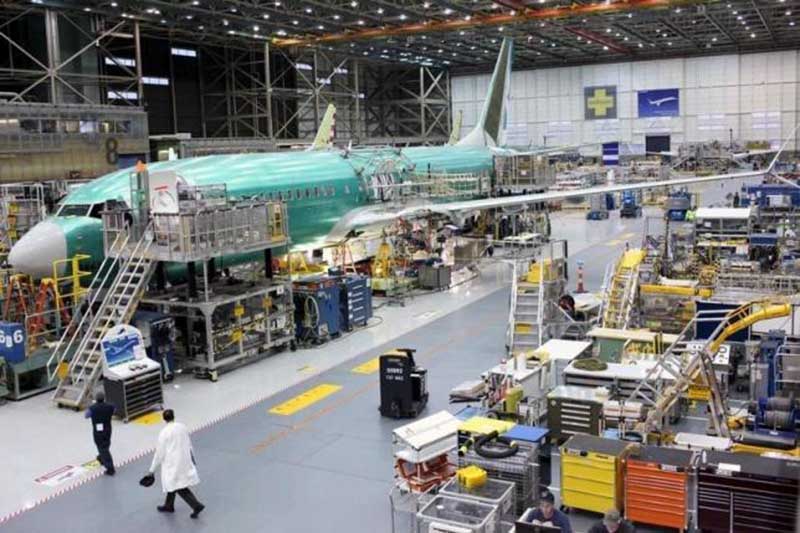 A Boeing 737 MAX plane under production at the Boeing plant in Renton, Washington

Washington: US industrial production fell more than expected in March as manufacturing output dropped by the most in a year and mining maintained its downward trend, the latest indication that economic growth braked sharply in the first quarter.

A rebound in growth is, however, anticipated despite other data yesterday showing a further erosion in consumer sentiment in early April.

Economists say a confluence of temporary factors, including an ongoing problem with the model the government uses to smooth the data for seasonal fluctuations, has contributed to lowering growth in the first quarter.

The government last year took steps to refine the seasonal adjustment for some components of GDP, which economists said left residual seasonality in the data.

“The first quarter was clearly a dud, but there are reasons to be optimistic. There are still measurement issues, with the residual seasonality in GDP, and history shows that reverses in the second quarter,” said Ryan Sweet, senior economist at Moody’s Analytics in Westchester, Pennsylvania.

Economists had forecast industrial output falling only 0.1pc last month. Industrial production fell at an annual rate of 2.2pc in the first quarter after decreasing at a 3.3pc pace in the fourth quarter. Industrial capacity use in March fell to its lowest level since August 2010.

The report joined data on retail sales, business spending, trade and wholesale inventories in suggesting that economic growth slowed to crawl at the turn of the year.

Growth estimates for the first quarter are as low as a 0.2pc annualised rate. The economy grew at a 1.4pc rate in the fourth quarter.

In a separate report, the University of Michigan said its consumer sentiment index fell to 89.7 early this month from a reading of 91.0 in March amid concerns that slowing economic growth would hamper job creation.

The industrial sector has been undermined by a slowing global economy and robust dollar, which have eroded demand for US manufactured goods.

It is also being weighed down by lower oil prices that have undercut capital investment in the energy sector, as well efforts by businesses to reduce an inventory overhang.

But there are signs the worst of the industrial sector downturn is over, with recent manufacturing surveys turning higher.

A third report from the New York Federal Reserve showed factory activity in New York state accelerated in April to its highest level in more than a year as new orders and shipments increased.

“It is likely the inventory correction and stronger dollar continued to weigh on the output data for the first quarter, and we remain hopeful that the worst of the drags from these factors have passed and that activity will pick up shortly,” said Daniel Silver, an economist at JPMorgan in New York.

Last month, manufacturing output fell 0.3pc, the biggest decline since February 2015, after slipping 0.1pc in February. Manufacturing was dragged down by motor vehicle and parts production, which plunged 1.6pc after rising 0.8pc the prior month.

For the first quarter, manufacturing output rose at a 0.6pc rate.

Last month’s drop in mining output was the largest since September 2008, when output was curtailed because of hurricanes. Mining production has declined in each of the last seven months.