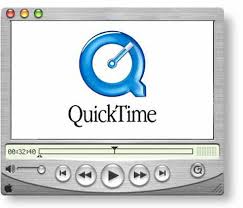 San Francisco: A cyber security team at the US Department of Homeland Security is advising people to remove QuickTime media software from Windows computers to avoid being hacked.

The US Computer Security Readiness Team (CERT) on Thursday issued an alert after Trend Micro put out word that Apple will no longer be updating defenses in QuickTime and that two vulnerabilities in the program could be exploited by hackers.

"Exploitation of QuickTime for Windows vulnerabilities could allow remote attackers to take control of affected systems," CERT said in the alert.

"The only mitigation available is to uninstall QuickTime for Windows."

The advisory did not apply to QuickTime running on Apple computers.

Apple's QuickTime is one of several programs allowing computer users to view videos and other media files.

Cyber security firm Trend Micro said in an online post that it was not aware of any attacks that have taken advantage of the QuickTime weaknesses, but the best defense was to follows Apple's own advice and uninstall the programs from Windows-powered machines.

Apple did not reply to an AFP request for comment.