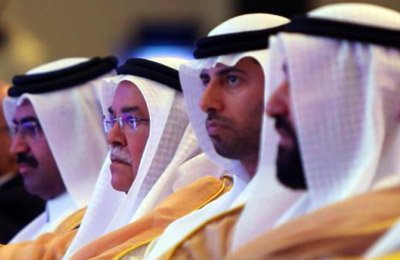 Iran will not attend a meeting between Opec and non-Opec member countries about freezing oil output levels scheduled for Doha, Qatar, on Sunday, two sources familiar with the situation told Reuters.

Tehran's oil minister had not been scheduled to attend, but the Opec member country was due to send a representative.

Iran has said it would not join a freeze agreement as it seeks to raise its oil output and market share to pre-sanctions levels.

Iran is seeking to increase oil and gas exports in the coming month, Javadi was quoted as saying by state news agency IRNA.