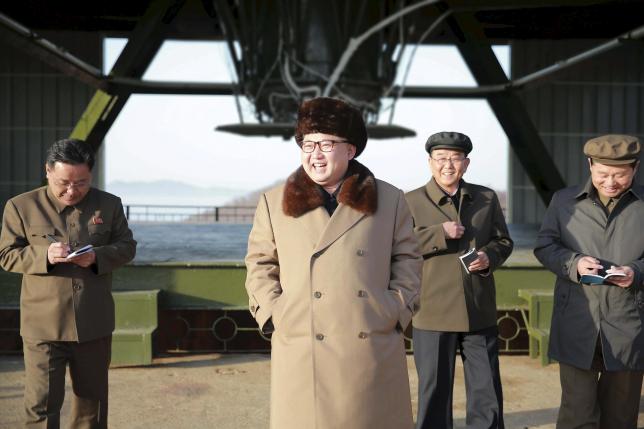 Seoul: North Korea is likely to conduct its fifth nuclear test in the near future, possibly before its party congress in early May, a media report said on Sunday, citing South Korean government sources based on their reading of activity around the test site.

The news of signs indicating the North is readying a nuclear test comes as Pyongyang is gearing up for a ruling Workers Party congress in early May, where leader Kim Jong Un is likely to boast about his achievements in building a weapons programme.

The likelihood of North Korea conducting a fifth nuclear test, possibly within weeks, has increased because of a failed missile launch on Friday that was an embarrassing setback for leader Kim, South Korean officials and international experts said.

The possible test, if it happens, follows a fourth nuclear test in January and a long-range rocket launch in February, which led to new U.N. sanctions that have failed to halt Pyongyang's weapons programmes.

South Korea's military has said Pyongyang is technically ready for an additional nuclear test, depending on its leadership's political decision.

The South Korean defence ministry said it could not confirm the report but reiterated that North Korea can conduct its new nuclear test at anytime.