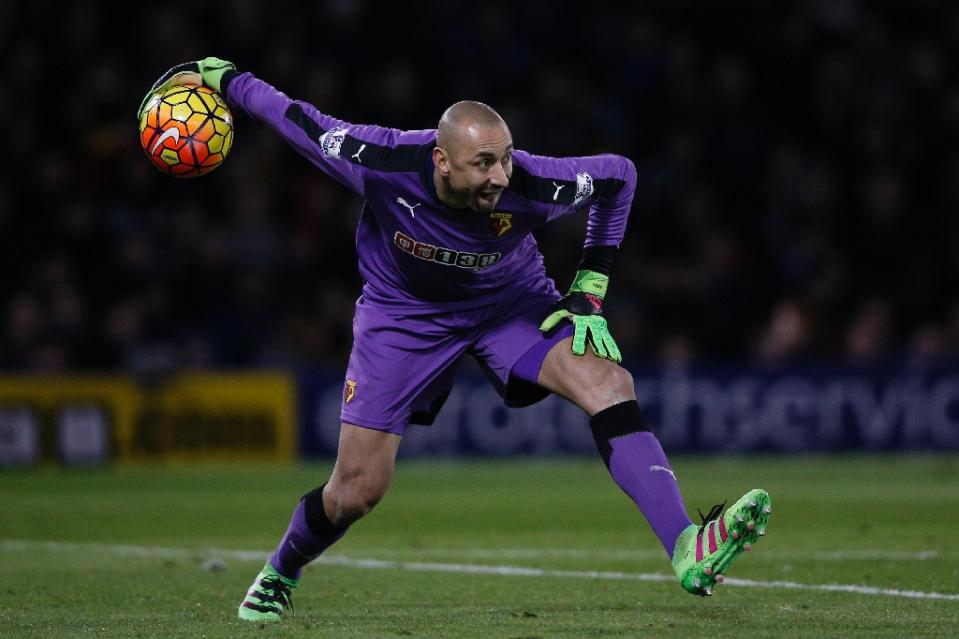 Baggies striker Saido Berahino was twice denied from the spot by the Brazilian goalkeeper as he helped the FA Cup semi-finalists preserve a lead established by Ben Watson's 27th-minute goal at the Hawthorns.

Prior to his penalty heroics, former Tottenham Hotspur keeper Gomes had already made two fine saves, denying Stephane Sessegnon in the first half and then producing an acrobatic effort to thwart Gareth McAuley shortly after half-time.

But he topped those efforts with his two penalty stops.

Having brought down Berahino in the 66th minute, he then dived to his right to beat away the West Brom forward's first penalty effort on Saturday.

And three minutes from time he secured Watford's victory when he went low to his left to keep out another Berahino spot-kick, the Hornets winning for just the third time in 16 league matches.

Gomes was involved early on when he parried Sessegnon's well-struck free-kick, with the midfielder putting the rebound wide.

Soon afterwards, Watford were in front when Adlene Guedioura's corner was steered ino the far corner of the net by former Albion loan player Watson.

West Brom's James McClaren then squandered a promising position by neither shotting himself or crossing for Berahino, his final ball neither one thing nor the other.

Craig Dawson and Salomon Rondon then combined to create a chance for Sessegnon, but the Benin star was denied by a superb fingertip save from Gomes.

McClean sent a shot into the side-netting within a minute of the restart before Gomes athletically tipped McAuley's header over the crossbar.

Then came the first of Gomes's penalty saves and he was called upon again when Etienne Capoue tripped James McClean for a second spot-kick.

Berahino didn't shy away from the responsibility, but then suffered the agony of seeing Gomes save again.