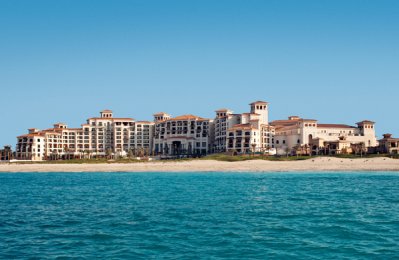 A delegation representing Abu Dhabi’s tourism industry is heading to Germany to participate in IMEX Frankfurt 2016, a leading trade show that promotes innovation in the meetings, incentives, conferences and exhibitions (Mice) sector.

The show, which runs from April 19 to 21, is expected to draw thousands of exhibitors and key decision-makers from around the world to the central German city.

Mubarak Al Shamisi, director of Abu Dhabi Convention Bureau, a division of TCA Abu Dhabi, said: "The world-class business tourism and meetings facilities in Abu Dhabi mean the emirate has every aspect covered when hosting large-scale international conventions and association events. There are now 169 hotels and hotel apartments across the emirate offering more than 29,000 rooms at highly competitive prices.

"There are currently regular flights to Abu Dhabi from several major German cities, and the country represents our sixth largest provider of overseas visitors, rising 7 per cent last year on the previous 12 months. We obviously hope to build on these impressive visitor figures during our visit to IMEX Frankfurt 2016."

Joining the delegation will be Jumeirah at Etihad Towers, the multi-award-winning hotel which features a conference centre, Observation Deck, world-class spa and private beach.

Stefan Fuchs, general manager of the hotel, said: "Jumeirah at Etihad Towers had a very positive 2015, especially with regards to German and European visitors. In 2015 room nights booked by visitors from Germany increased by 12 per cent compared to 2014 figures. A steady increase in room nights by European guests was also recorded for 2015.

“We are upbeat regarding business potential for 2016/2017. As the leading contemporary luxury property in Abu Dhabi’s hospitality landscape, the European market, with special attention to Germany, the UK and Italy, offer exciting opportunities for us to both engage and forge greater ties and opportunities. Visitors from these markets in particular are increasingly seeing the value in visiting the UAE’s capital for both business and leisure.”

The five-star St. Regis Abu Dhabi, which opened in 2013 offering 283 rooms and suites, 10 restaurants and bars, five meeting rooms, one ballroom with a capacity of up to 1,000 people and the Nation Riviera Beach Club, will also be part of the Abu Dhabi delegation to Frankfurt.

Tanja Simolke, sales manager - groups and events at the hotel, said: "The St. Regis Abu Dhabi enjoyed a very successful year in 2015, exceeding our banquet expectations as well as hosting many international conferences and training events in 2015.

“We are targeting a 10 per cent increase in overall revenue in 2016, and we will be hosting a large German travel agent incentive trip this month. We also plan to increase our international group volume especially from the European market, so participating in IMEX Frankfurt 2016 is a great opportunity for us.”