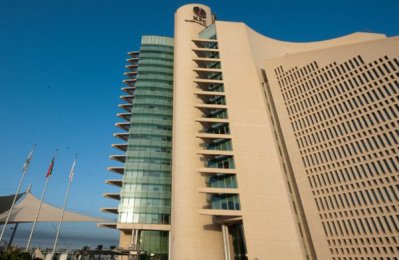 Kuwait's oil exports have not been affected by a strike launched on Sunday by energy sector workers, oil sector spokesman Sheikh Talal Al-Khaled Al-Sabah said in a statement on state-news agency Kuna.

He was speaking after thousands of Kuwaiti oil and gas workers began a strike over a government plan to implement public sector pay reforms. State energy conglomerate Kuwait Petroleum Corporation and its subsidiaries have emergency plans for the oil sector, he said, and that the strike had not affected export to clients.

Meanwhile, Kuna said Kuwait's state-owned refiner is producing at 520,000 barrels per day (bpd), down from 930,000 bpd before the start of the strike.

Mohammed Ghazi Al Mutairi, chief executive of Kuwait National Petroleum Company (KNPC), was quoted by the agency as affirming the "success of the company in implementing the emergency plan and operating the company's three refineries."

The agency said he added that current production, according to the plan, was 520,000 barrels, as opposed to 930,000 before the stoppage. -Reuters