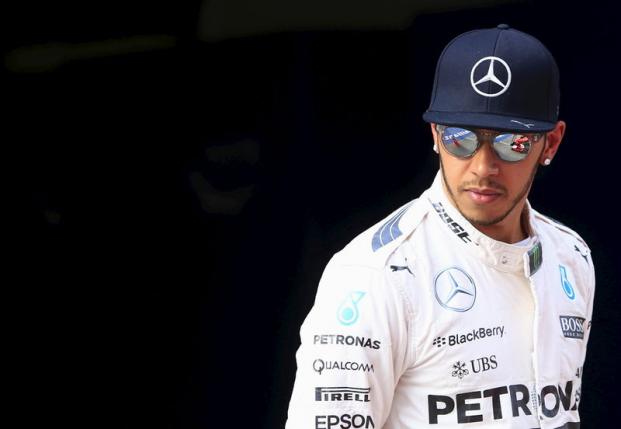 Shanghai: Lewis Hamilton's Mercedes handled less like a finely-honed racing car and more like a "four-poster bed" after the world champion damaged it in a first-corner collision in Sunday's Chinese Grand Prix.

"It was like a four-poster bed today," Hamilton, who started last and put in a feisty drive to battle his way up to seventh, told reporters.

"The car was pretty damaged. I don't know really whatI'm sure it was some aero components. But I think the suspension was damaged as well so the car was flexing like crazy."

Hamilton, who went into the weekend aiming to kick-start his title defence with a third successive win in Shanghai, was forced to start from the back of the grid after failing to set a time in Saturday's qualifying session due problems with his Mercedes engine.

He made a good start but collided with Sauber's Felipe Nasr, dislodging his front wing which then got wedged underneath the car, damaging its floor and affecting its handling.

"Every time I did a stop I was having to come back through again and I wasn't really gaining a lot of ground," Hamilton, who stopped five times during Sunday's race, said.

"At the end there was nothing left in the tyresbut anyway that's racing and not a great finish for us this weekend but hopefully onwards and upwards."

Hamilton's team boss Toto Wolff said that without the damage, which cost him a "huge amount of downforce," Hamilton could have been on for a podium finish.

"The best case would have been a podium, probably fourth was realistic case if you're able to get through the race without any damage," Wolff said.

"Obviously he was so much down on aero that the car must have felt very, very difficult to drive."

Hamilton last mounted the top step of the podium at the U.S. Grand Prix in October, where he also clinched his third world title.

He arrived in China hoping to turn the tables on team mate Nico Rosberg, who has won the last six races, including the opening three of the season.

Instead, he leaves trailing the German by 36 points in the standings.