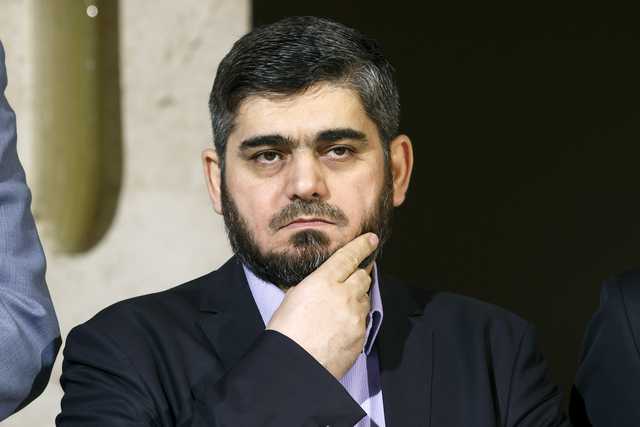 The Syrian opposition's chief negotiator said there could be "no compromise" on Bashar Al Assad's ouster, as he called for renewed attacks on regime forces despite a truce.

Mohammed Alloush, a leading political figure in the Jaish Al Islam (Army of Islam) rebel group, is in Geneva as the senior negotiator of the High Negotiations Committee.

"There can be no compromise on the issue of Bashar Al Assad... For us, it's a closed book – you cannot trade an entire people for one man," Alloush said.

Jaish Al Islam is the most powerful rebel group in the Eastern Ghouta opposition bastion outside Damascus.

The stocky opposition figure sparked controversy earlier when he called for attacks on Syrian government forces despite the truce deal.

"Don't trust the regime and don't wait for their pity," Alloush wrote on Twitter.

"Strike them at their necks (kill them). Strike them everywhere," he said, reciting a passage from the Koran dealing with war.

Other opposition figures said his statement was not representative of the HNC, and Alloush later said that he was calling on rebel groups to defend themselves against regime truce violations.

Brokered by the US and Russia, the truce had seen violence drop across parts of Syria since it came into force on February 27.

But a recent surge of fighting in the northern province of Aleppo has threatened to derail both the deal and the peace talks in Switzerland.

Alloush said government attacks on Aleppo city were evidence that "in (the regime's) eyes, the ceasefire is over".

He was relatively unknown before joining the HNC because he had spent much of his life in Saudi Arabia pursuing Islamic religious studies.

More than 270,000 people have been killed and millions more have been displaced since Syria's conflict erupted in 2011.