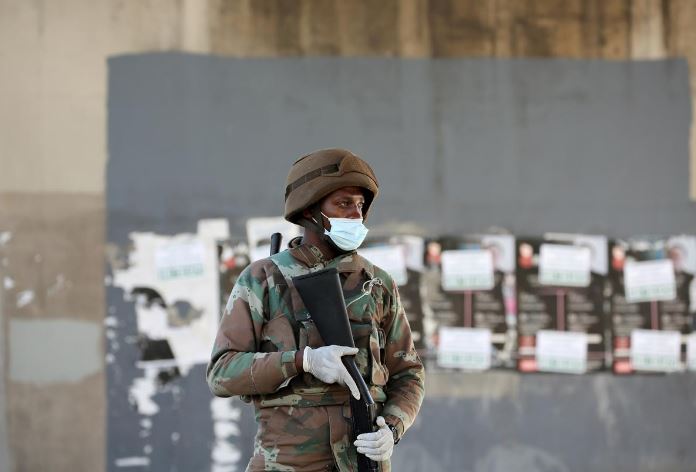 Cape Town: Crowds have launched a string of attacks on delivery trucks in Cape Town, stoning, hijacking and ransacking vehicles to try to take food and other provisions during the coronavirus lockdown, city authorities said on Thursday.

South Africa is nearly a month into restrictions ordering most of the population to stay at home apart from essential trips - leaving many struggling without wages and short of supplies.

The city council said it had seen a surge in looting since the lockdown started on March 27, some involving criminals taking advantage of the crisis.

“Even this morning, after midnight last night I had calls from residents saying people are putting bricks on the road to intercept trucks,” JP Smith, mayoral committee member for safety and security, told Reuters.

Officials had started asking trucking companies to send details of their routes and trips to a control centre so the council could try to co-ordinate security arrangements, he said.

The city had a reserve security team on standby to respond to incidents and was working closely with the army and police, Smith added. “We just don’t have the resources to protect every truck.”

Smith said a group of people tried to force a truck off the R300 freeway on Wednesday. They failed, but the crowd chased away the lone private security guard protecting the vehicle, he added.

Hundreds of people then tried to invade a nearby shopping complex before police stopped them, Smith said.

The footage, which has not been verified by Reuters, showed large holes in the vehicle’s windscreen at the side of a road in Netreg, a poor suburb less than 20km from Cape Town.

Another video posted this week shows a man throwing stones at a truck as other motorists hoot their horns and speed by. The white truck is seen slowing down before speeding past the stone-thrower. The footage then pans left to show another smaller truck lying on its side and people running towards it in the suburb of Belhar.

“We find ourselves facing a humanitarian crisis because of the lockdown and the economic challenges that follow are only going to exacerbate these challenges further ... (but) acts of criminality will not be tolerated,” said Albert Fritz, Western Cape minister of community safety in a statement.

Earlier this month, police minister Bheki Cele said a ban on alcohol sales had helped lower crime across the country during the lockdown. But with liquor stores shut, officers have reported a growing black market for alcohol and a wave of attacks on shuttered shops.