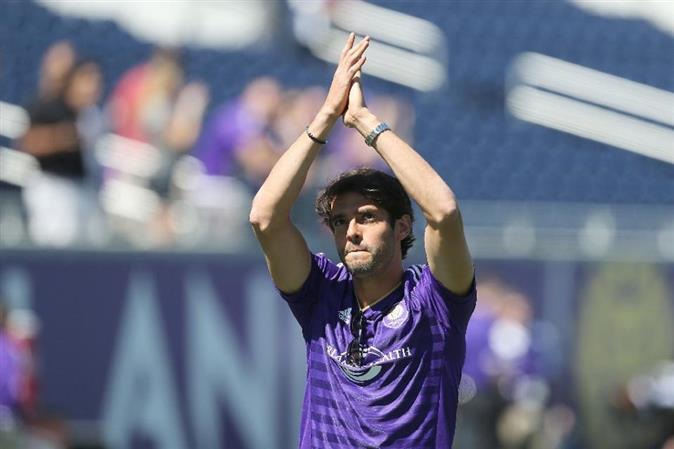 Teal Bunbury equalized in the 37th minute, setting the stage for a second-half in which both teams complained about the officiating.

The climax came five minutes into injury time, when referee Baldomero Toledo awarded New England a penalty for what he called a hand ball by Servando Carrasco.

Television replays appeared to show the ball hit Carrasco's shoulder and was not a hand ball.

After intially calling for a free kick over the protests of Orlando players, Toledo spoke with other officials and determined the disputed hand-ball infraction came within the area and pointed to the penalty spot.

Lee Nguyen duly converted to give the Revolution a 2-2 draw, prompting Orlando City fans at the Citrus Bowl stadium to toss items onto the field as the coaches of both teams shouted angrily at each other.

The Revolution could argue that Orlando City were the beneficiaries of the officials three minutes earlier, when Kevin Molino scored on a short-range blast to put Orlando up 2-1.

The ball appeared to graze Molino's arm before his shot, but the officials made no call despite the protests of Revolution players.