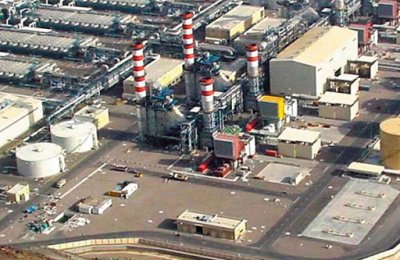 The Al Khobar 2 desalination plant, being built in partnership with Al Rashid Trading and Contracting Company (RTCC), will be equipped with reverse osmosis (RO) technology.

To be developed on the east coast of Saudi Arabia, the plant boasts a daily capacity of more than 600,000 cu m, thus making it one of the biggest in the country and the largest RO plant under EPC scheme awarded in a single shot in Saudi Arabia. It will cater to the needs of three million people in the area.

With this turnkey contract, Acciona consolidates its presence in the water treatment sector in Saudi Arabia, a country in which it currently has three projects under way.

Acciona's aim is to lead the transition to a low-carbon economy and does this by applying technical excellence and innovation to design a better planet.

Last year, a €750-million contract was awarded for the financing, design, construction, operation and maintenance (for 25 years) of the Shuqaiq3 desalination plant.

Located in the south-west of the country on the Red Sea coast, it is expected to be completed next year. The plant will have a treatment capacity of 450,000 cu m per day to provide a service to a population equivalent of two million. It will also be equipped with a photovoltaic plant to reduce internal energy consumption, said the statement from Acciona.

The company has also designed and built the Al Jubail RO4 seawater desalination plant in the east of the country for the utility Marafiq. With a capacity of 100,000 m³ per day, it serves both the city and the nearby industrial complex.

The company earned revenues of €7.19 billion in 2019, has a presence in more than 60 countries and carries out its activities within a commitment to the economic and social development of the communities in which it operates.-TradeArabia News Service