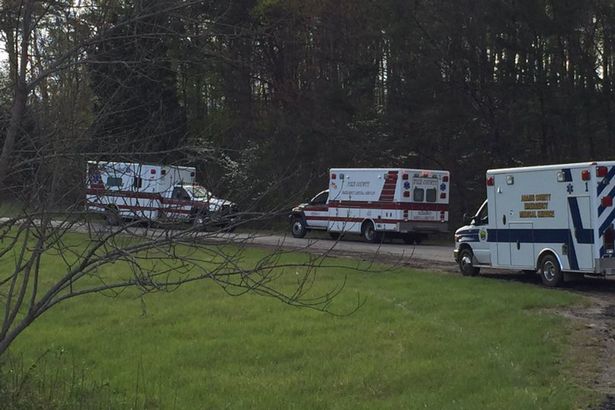 Eight family members were shot “execution-style” in four different homes in southern Ohio, some while they were still sleeping in their beds, authorities said, warning that their killer is probably still on the loose.

When deputies arrived at the various crime scenes, they found two babies and one toddler left alive, officials said. The youngest of the three children – a four-day-old baby – was still in bed with her mother when her mother was shot and killed, investigators said. The two other child survivors were six months old and three years old.

The eight killed — seven adults and one 16-year-old boy — were all shot in the head. They belonged to the same family, named Rhoden, and lived within miles of each other.

Pike County Sheriff Charles S. Reader warned residents to be careful, saying there is a strong possibility that the shooter or shooters were not among the deceased and are still on the loose and are armed and dangerous.

In earlier statements Friday, authorities said that the situation did not involve an active shooter, but in a news conference Friday afternoon, Ohio Attorney General Mike DeWine said none of the eight dead appeared to have committed suicide, “so obviously we have one person who is armed and dangerous and maybe more than one.”

Reader said authorities are trying to track down all other members of the Rhoden clan to make sure they are safe. “We are taking every precaution,” he said.

Authorities have not individually identified those killed, but neighbors and relatives said the members of the Rhoden family who lived where the shootings happened included the mother Dana Rhoden, her ex-husband, their adult children and grandchildren.

“They all used to attend our church,” said Phil Fulton, pastor of the nearby Union Hill Community Church. Dana Rhoden worked at a nursing home for the elderly, he said. She had just bought a new mobile home near two other trailers where the shootings took place – one occupied by her ex-husband and the other by her son and her son’s girlfriend, Fulton said.