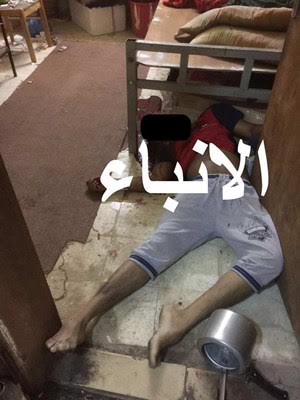 Kuwait: An Indian national was killed by a compatriot in Al-Jaleeb area, police said.

Investigation revealed that the Indian migrant worker stabbed the 26-year-old man to death over some financial dispute.

A security source said that the killer first fled from the scene but later surrendered before police, reported Arabic daily Alanba.

Police have launched an inquiry into the murder.