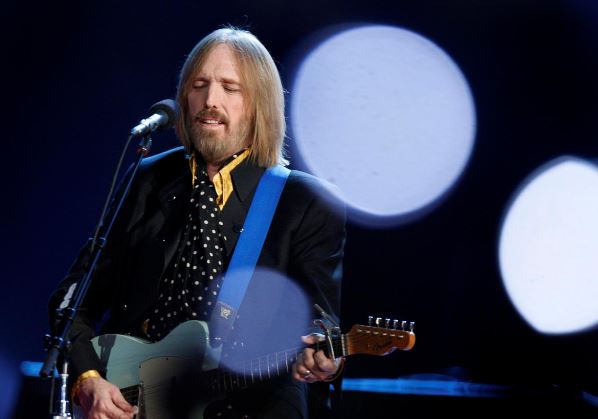 Tom Petty performs during the half time show of the NFL's Super Bowl XLII football game between the New England Patriots and the New York Giants in Glendale, Arizona, on February 3, 2008. REUTERS file photo

Tom Petty’s family slammed President Donald Trump for using the late rock star’s hit “I Won’t Back Down” at his sparsely attended rally in Tulsa, sending the campaign a cease and desist warning.

“Trump was in no way authorised to use this song to further a campaign that leaves too many Americans and common sense behind,” the late rocker’s family said on Twitter late Saturday.

“Tom Petty would never want a song of his used for a campaign of hate,” said the tweet signed by Petty’s widow Dana, ex-wife Jane and his daughters Adria and Annakim. “Both the late Tom Petty and his family firmly stand against racism and discrimination of any kind.”

The Trump campaign did not immediately respond to a request for comment.

The campaign played the song at Saturday’s rally, which drew an underwhelming crowd that left many seats empty at the 19,000-seat BOK Center arena.

Trump, who hoped to reinvigorate his re-election campaign, criticised anti-racism protests that have engulfed much of the country since the May 25 killing of George Floyd, a black man who died in Minneapolis police custody.

Petty wrote the 1989 song “for the underdog, for the common man and for EVERYONE,” his family said on Twitter. “We believe in America and we believe in democracy. But Donald Trump is not representing the noble ideals of either.”

Lyrics of the song speak of resisting oppression: “I’ve got just one life in a world that keeps on pushin’ me around. But I’ll stand my ground. And I won’t back down.”

“We would hate for fans that are marginalised by this administration to think we were complicit in this usage,” Petty’s family said on Twitter.