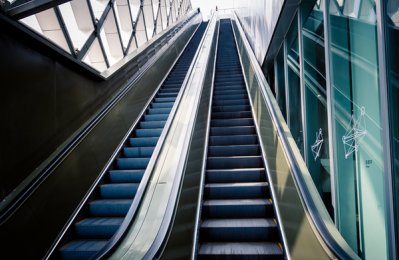 The UAE elevator and escalator market will grow at a compound annual growth rate (CAGR) of 3.9 per cent during 2016 to 2022, according to 6Wresearch, a leading market intelligence and advisory centre.

Government spending on improvising public infrastructure is leading to the growth of construction industry in the country, and the expansion in the areas of metro network and airport have led for the installation of elevators and escalators in UAE, it said.

The UAE elevator and escalator market is highly consolidated with few players accounting for major volume share. Although, the market in UAE remained stagnant in last few years, but with falling oil prices, the market is expected to decline due to halt in various government projects, said a statement by 6Wresearch.

In 2015-16, several infrastructure projects are anticipated to be on hold owing to dismay of investments. Though, upcoming World Expo in 2020 is forecast to elevate major construction projects in the coming years, it added.

“Additionally, the upcoming World Expo would result in influx of tourists from across the globe, thus driving the construction of new hotels, malls and expansion of metro network and airports. These infrastructures would deploy elevators and escalators, which would provide necessary boost to the overall market,” he added.

Akash Shukla, research associate, research and consulting, 6Wresearch, said: “The growth of elevator and escalator market in UAE is driven by new installations followed by maintenance and modernisation.”

“Vast public infrastructure and commercial projects are expected to spur the demand for new elevators and escalators in the country,” he said.

“Moreover, amongst all regions, Southern region consisting of Abu Dhabi would register growth over the next six years. Further, several projects are under work-in progress and are funded by Abu Dhabi Investment Authority (ADIA), which is pushing the construction in the region,” he added. – TradeArabia News service