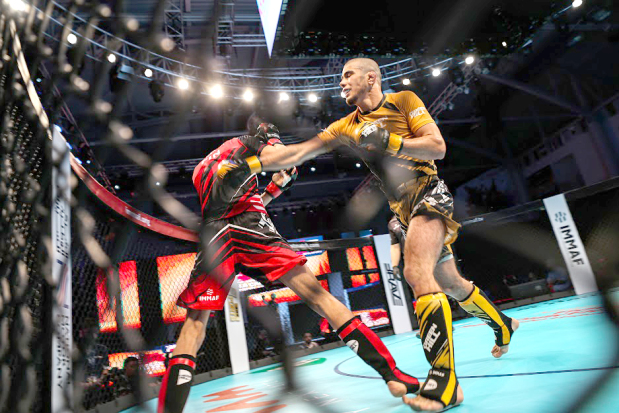 Brave Combat Federation president Mohammed Shahid says that finding a fighter willing to take on Muhammad Mokaev has been one of the toughest challenges he has faced in the last few months, even while striving to expand the fastest growing mixed martial arts organisation in the world.

The challenges of putting on shows in the aftermath of the Covid-19 pandemic have been surpassed by BRAVE CF, which has hosted two events already in the last two weeks.

Mokaev, the number one pound-for-pound amateur fighter in the world, will make his professional MMA debut at BRAVE CF 37, which takes place in Stockholm, Sweden, on Saturday. His opponent will be announced soon, but he has already put pen to paper to six different contracts before having his rivals pull out due to various reasons.

“This kid is legit, there’s no doubt about it. He’s a two-time amateur world champion and he’s starting his professional career with BRAVE CF, but it has been very difficult to find him an opponent. Guys simply don’t want to fight him. I’ve been promoting fights for years now, and I’ve never had that much difficulty, to be honest,” says Shahid, who has another opponent in his mind and hopes to make an announcement very soon.

“We’re closing in on a very promising athlete that I think will test Mokaev and we hope everything is in place for us to make an announcement and give the fans what they want to see”.

This Saturday, Sweden will become the 20th country to host a BRAVE CF show, and the event will be headlined by a welterweight bout between undefeated Henri Lintula and submission specialist Louis Glismann.

Aside from Mokaev, another IMMAF world champion will be in action as Irman Smajic makes his promotional debut at heavyweight against Fatih Aktas.