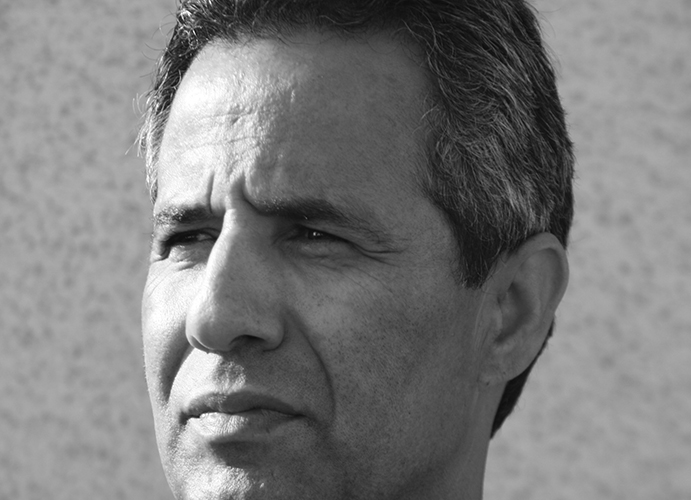 Much had been argued about the creation of Israel and the ensuing 1948 ethnic cleansing of non-Jewish Palestinians. Sadly however, most had become a desensitised academic debate. A lifeless abstract portrayal failing to depict what it really meant for one to be a refugee without a country.

On this 68th commemoration of the Nakba (or catastrophe), I wanted to show what it meant to one Palestinian refugee.

On May 15, 1948, Zionist Jews danced and firecrackers burst over the streets of New York celebrating the founding of Israel. About the same time, and on the other side of the world, Zionist terrorists’ mortar exploded in the middle of Jebal Al Luz (mountains of almonds) burning homes and forcing civilians to flee their village.

In the middle of the night, Abu Musa carried his physically disabled blind mother on his shoulders. His wife, Um Musa picked up their infant baby Musa and joined a throng of refugees escaping for their lives. Abu Musa’s family hid in a ditch on the outskirts of their village. The morning sun exposed the scattered refugees hiding in nearby bushes and under trees.

Sorties after sorties, Zionist planes strafed the area pushing the villagers further north towards Lebanon. Under heavy gun fire, panicking civilians ran in all directions. Abu Musa picked up his newborn son and ran for his life. Um Musa followed in his footsteps. Panting for air an hour later, Abu Musa realised he had left his blind mother behind.

Zionist forces continued to bomb from air and ground. Abu Musa attempted to go back, but all was in vain. The next day and during a lull in the Zionist terrorist bombardment, Abu Musa went looking for his mother. But she was nowhere to be found. He came across local villagers who returned to check on their properties. They told him they had just buried the remains of what had appeared to be an elderly woman. Her body ripped apart by animals.

“Was my mother eaten alive by wild animals? Or had she been murdered by Zionists?” Those questions haunted Abu Musa all his life. The loss of his country and mother were just the start of his lugubrious life until his death in the mid-1990s.

Abu Musa ended up settling in the same camp as my parents. In addition to baby Musa, he had three more children in the camp, two boys and a girl.

Musa, who had left Palestine as an infant, joined the revolution in the early 1970s and returned to Palestine. He was murdered by the Israeli army and was buried in an unmarked grave. Abu Musa, who did not see his mother’s corpse, was unable to see or bury his eldest son either.

A short time after losing Musa, Abu Musa became disabled. I made it a point to call on him whenever I visited the camp. It broke my heart during the last visit before his death as I watched him crawling out of the bathroom like a little baby. I knelt down and kissed him; he kissed me back and then asked, “Who are you, my son?”

Calamity was a continuum to this one refugee. In the early 1990s, his youngest son Kamal was murdered while he was on his way to school in Tripoli, Lebanon. He was butchered in the year he would have graduated from high school.

For Israel, Abu Musa and the other Palestinian refugees like my parents were dispensable nuisances. In a 1948 foreign ministry study, Israel predicted the refugees “… will waste away. Some will die but most will turn into human debris and social outcasts … in the Arab countries.”

To Israel’s chagrin, the grandchildren from Abu Musa’s surviving son and daughter did not turn to “human debris.” Sixty-eight years later, Abu Musa’s progenies are more determined to find and bury their great-grandmother’s remains, in their original village.