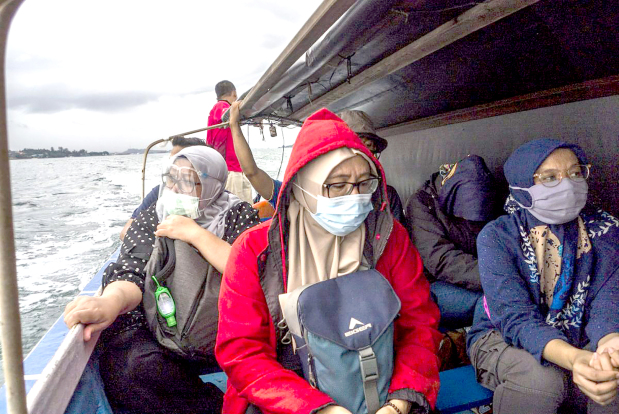 SINGAPORE: Southeast Asia is slipping to the bottom of global investors’ shopping lists, and fund managers expect to stay away from the region as Covid-19 rages across Indonesia and the Philippines and wrecks the economies of Singapore and Thailand.

Southeast Asia, once sought for yield and growth, now attracts the worst earnings projections in Asia, and even upbeat managers say it is too soon to buy back in.

“Asean used to be a darling of investors,” said Binay Chandgothia, head of Asia at Principal Global Asset Allocation.

But with tourism in the doldrums, a big growth driver is missing, he said. It will probably return slowly – so, too, the tide of investment – which has been running steadily out, removing at least $16 billion from the region so far this year.

“Investors are not going to miss everything if they don’t allocate today in anticipation of things getting better,” Chandgothia said.

Investors have certainly not missed much the last few months.

Stock markets in Singapore, Jakarta, Manila and Bangkok are down about 20 per cent this year – even more in dollar terms – putting them not far behind the worst performers in the world.

Indonesia and the Philippines have the highest Covid-19 death tolls in Southeast Asia, while Singapore and Thailand are among the most economically exposed in the world.

Analysts have been slashing forecasts viciously and expect company earnings to drop around 30pc or more in these four markets, compared with a forecast of a 4.2pc decline in Asia generally and falls of 22pc in the US and 40pc in Europe.

A fresh plunge in Indonesian shares, after the announcement of a return to distancing restrictions in Jakarta, has underscored the risks.

“While there are lockdowns happening it’s difficult to put extra money there, not knowing how long you’re going to wait for,” said Sean Taylor, chief investment officer in Asia for German asset manager DWS, who is underweight in countries belonging to the Association of Southeast Asian Nations (Asean).

“To be prudent, we’re waiting, particularly when we’ve got better opportunities through China and North Asia.”

Uncertainty over progress on vaccine candidates and a mania for tech stocks has also sent money earmarked for Southeast Asia elsewhere, most notably to China, South Korea and Japan.

For many, the major buying trigger would be a viable vaccine before bringing back capital flows of any size, according to Nader Naeimi, AMP Capital’s head of dynamic markets.

To be sure, investment isn’t entirely absent. Bankers say there is interest in upcoming listings, and stockpickers who delve below macro trends have been active.

“We are more exposed in Indonesia,” said Will Malcolm, a Singapore-based portfolio manager at Aviva Investors.

But others who are positive say investors are holding back.

“We’re telling our clients that these (markets) are likely to have a strong tactical performance in the next 6-12 months,” said Ken Peng, Citi Private Bank’s head of Asia Investment Strategy.

“But in terms of global investors, you don’t really see that much interest.”