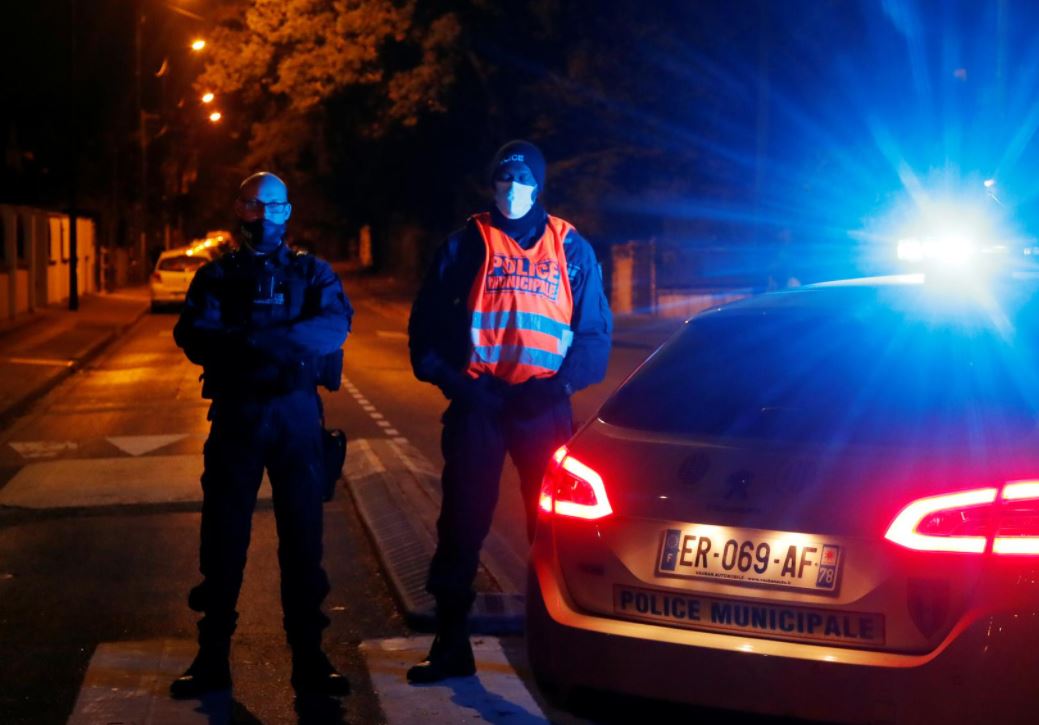 Police officers secure the area near the scene of a stabbing attack in the Paris suburb of Conflans St Honorine, France, October 16, 2020. REUTERS/Charles Platiau

Paris: French police were questioning nine people in custody on Saturday after a suspect beheaded a school teacher in broad daylight on the street in a Paris suburb, police sources said.

Investigators were trying to establish whether the attacker, who was shot dead by police, had acted alone or had accomplices. French media reported that he was an 18-year-old of Chechen origin.

Paty had earlier this month shown his pupils cartoons of the Prophet Mohammad in a civics class on freedom of expression, angering a number of Muslim parents. Muslims believe that any depiction of the Prophet is blasphemous.

Four relatives of the attacker, including a minor, were detained in the immediate aftermath of the attack in the middle-class suburb of Conflans-Sainte-Honorine, according to police sources.

Five more were detained overnight, among them two parents of pupils at the College du Bois d’Aulne where the teacher was employed.