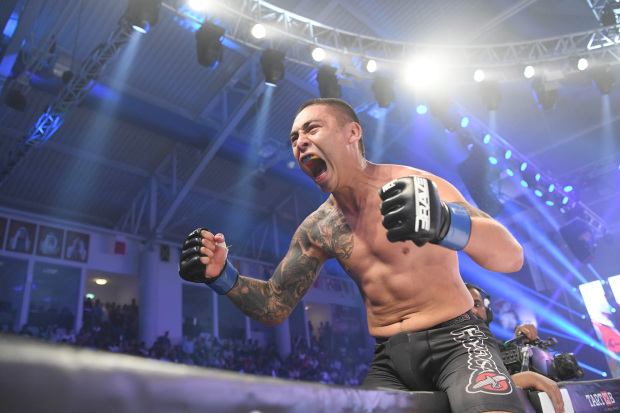 Dumar “Corazón de León” Roa made waves last year as he shocked the world with a first-round knockout of former Lightweight world champion Abdul-Kareem Al Selwady. And he has been rewarded with a new exclusive deal with BRAVE Combat Federation for his efforts.

After starting out his career on a short-notice bout against Felipe Silva at Lightweight, Dumar earned the biggest win of his career against Al-Selwady in his natural weight class of Featherweight. The knockout took place in Roa’s first fight in Bahrain, at BRAVE CF 29, in November of 2019.

“Corazón de León’’ (Lion Heart) stood out in the regional scene and has benefited from BRAVE CF’s aggressive approach in South America, being scouted in affiliation with LFC (Latin Fighters Championship), BRAVE CF’s partner in Colombia. It was the perfect birthday gift for the Colombian sensation, who turned 30 one day before signing the new deal.

With a 14-8 record, Roa is known for his exciting style, which translates into knockout victories – eight of his 14 career wins have come by stoppage due to KO or TKO.

He will now have the opportunity to compete again on the international stage with a long-term contract under the fastest-growing MMA organisation in the world.