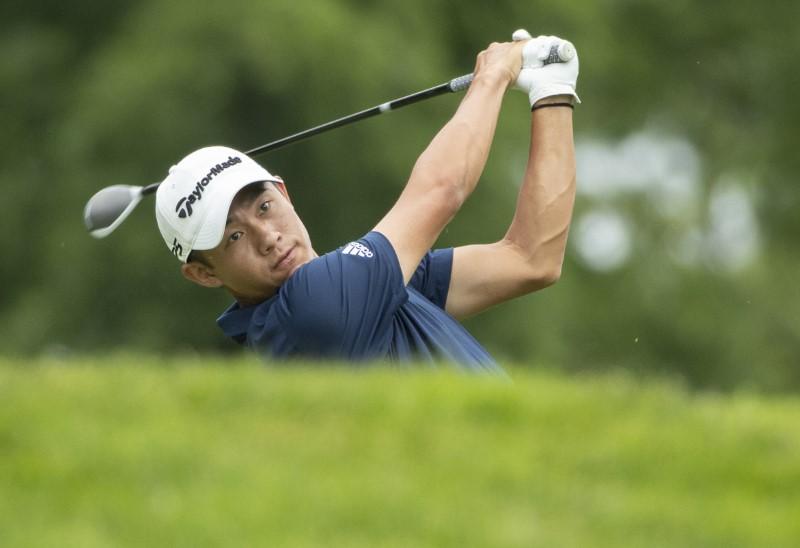 Collin Morikawa tees off on the 3rd hole during the final round of the Workday Charity Open. (Reuters Photo)

Winning the PGA Championship in August has been the highlight of Collin Morikawa's short career but the American said being a major winner does not automatically make things easier on the PGA Tour.

The 23-year-old, who turned pro last year, triumphed at TPC Harding Park for his first major title but failed to make the cut at the US Open and Shriners Hospitals for Children Open in his first two starts on the 2020/21 Tour.

"I've realised over the last couple of weeks ... that this is without question a new PGA Tour season," Morikawa wrote in a PGA Tour blog.

"I can use all those positives that came from my breakthrough victory at the PGA Championship, but that doesn't necessarily mean things are automatically going to come my way now.

"Sure, I may be a Major winner now, but I still have to play good golf, and everyone out here is really good at golf, too. That's what makes the PGA Tour awesome, is that any week anyone can win."

Morikawa, whose father is of Japanese descent, tied for 50th at last month's Zozo Championship, an event he has fond memories of having travelled to Japan last year to be part of the tournament's unveiling.

"I may be American, and obviously I represent the United States, but it was so cool going to Japan last year and seeing people recognising me," he added.

"I'm American and I fully embrace that but it's cool to see other people look at me - even as a role model... and use that to their inspiration, I hope."