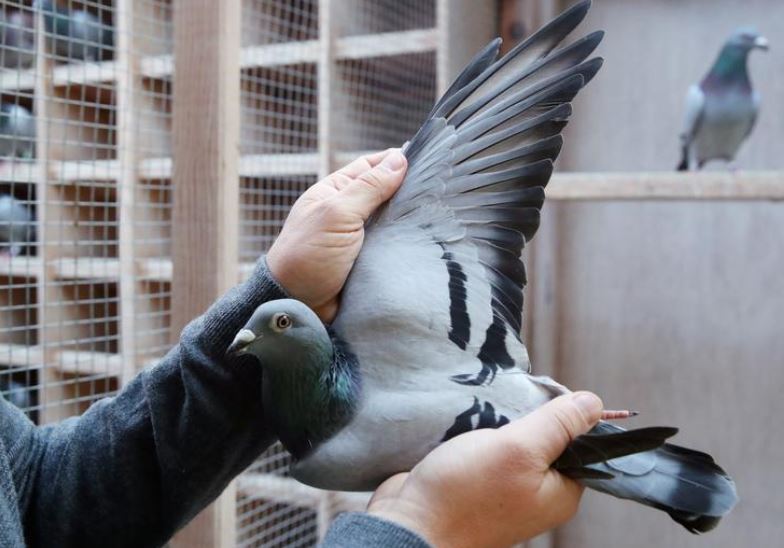 Offers for the pigeon had already hit 1.32 million euros in the past week, surpassing the previous record of 1.252 million euros set in March 2019 for another Belgian pigeon, Armando.

They then raced even higher in a frantic last 30 minutes of bidding on Sunday.

“These record prices are unbelievable, because this is a female. Armando was a male.

"Usually a male is worth more than a female because it can produce more offspring,” Nikolaas Gyselbrecht, CEO and founder of Pipa told Reuters Television.

Gyselbrecht said New Kim was only two years old and only raced in 2018, earning the title of best young bird in Belgium and prompting an early retirement.

Pigeons can typically breed until 10 so New Kim has many years of chicks ahead.

Bidding started at 200 euros on November 2, but rose to a bid of 1.31 million euros from a South African group within 90 minutes.

Two wealthy Chinese collectors then fought it out on Sunday.

“The only thing I can see is we are in total shock,” said Kurt Van de Wouwer, whose family bred and own New Kim.

Chinese enthusiasm for long-distance racing of homing pigeons has driven prices up sharply, with birds from the traditional heartland of the sport in Belgium being particularly prized.

Gyselbrecht said no other country had such a high concentration of pigeon enthusiasts as Belgium.

“So you have 20,000 pigeon fanciers in a very small country competing with each other on a very high level. It’s like the Champions League,” he said, referring to European soccer’s elite club competition.