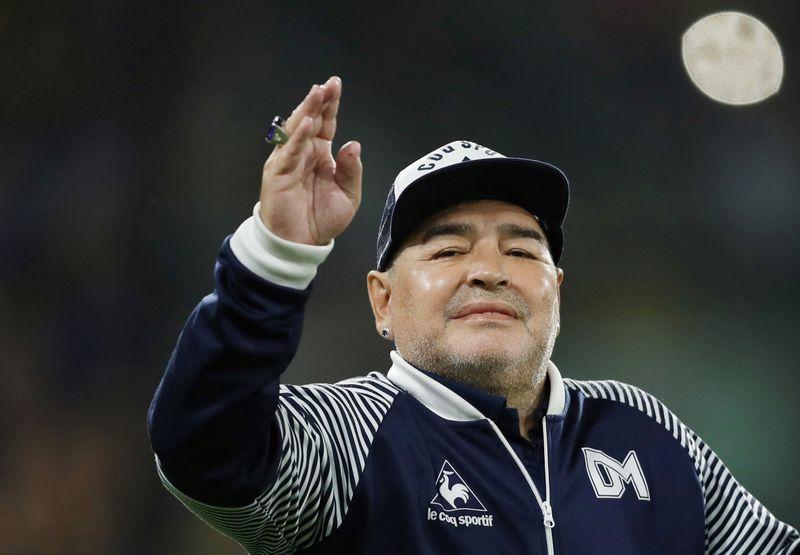 An Argentine senator wants to put Diego Maradona on the country’s banknotes and presented a project to Congress on Monday to get the late soccer star and possibly even his ‘Hand of God’ image on a 1,000-peso note.

The note, worth around $12.27 at Monday’s exchange rate, would feature Maradona’s face on one side and a picture of one of his most famous goals on the other, said the bill’s sponsor Senator Norma Durango.

Maradona’s two most famous goals came in the 1986 World Cup quarter-final against England.

He got the first by punching the ball past England goalkeeper Peter Shilton and the second by dribbling past half the England team to score what is still considered one of the greatest goals of all time.

Argentina won the World Cup with a series of outstanding performances by Maradona, who died on Nov. 25 of a heart attack, age 60.

“The idea is not just to recognise our most important idol but also to think of the economic question,” said Durango. “We feel that when tourists come here they will want to take a ‘Maradona’ away with them.”

Although it was not clear which one of the two goals would feature, some Argentines bristled at the thought of the ‘Hand of God’ goal featuring on an official government document because it could be seen as condoning illegality.

The Senator for the La Pampa province said the final decision would be made by lawmakers, who are expected to hear her proposal early next year.

“The idea is to recognise Maradona, for good and for bad, who is the best known Argentine in the world,” Durango said. “I feel the project has got a great response even though some people don’t agree with it.”