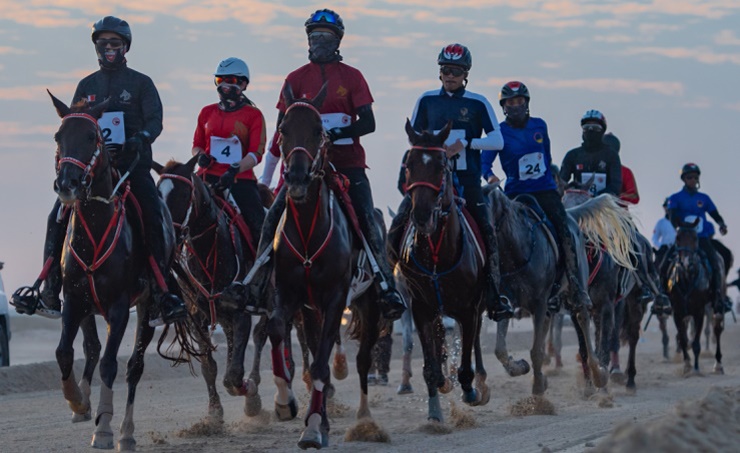 The National Day Endurance Championship will be held tomorrow and on Friday, under the patronage of His Majesty King Hamad’s representative for humanitarian work and youth affairs and Supreme Council for Youth and Sport chairman Shaikh Nasser bin Hamad Al Khalifa.

Bahrain Royal Equestrian and Endurance Federation (Breef) will organise the championship, sponsored by Batelco, at the Bahrain International Endurance Village.

He commended Shaikh Nasser’s support to the championship, which will be held as part of festivities celebrating Bahrain’s national days.

Two qualifying races covering 40 kilometres and 80km will be held tomorrow, in addition to a 100km international race.

Shaikh Nasser, the Breef honorary president, also gave directives to organise a new ‘Al Anjal’ race, which covers the distance of 20km, on the same day.

An international 120km race will be held on Friday, bringing together many stables and riders who will compete in the championship, which will be aired live on Bahrain TV, in coordination with the Information Affairs Ministry.