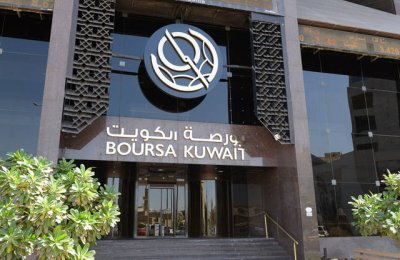 After the success of Premier Market, which is considered the ideal destination for investors for what it offers in terms of transparency and liquidity, Boursa Kuwait said it had obtained approval from Capital Markets Authority (CMA) to restructure promotion requirements for the Premier Market.
According to Boursa Kuwait, the new parameters are expected to raise transparency and increase the issuer base in the Premier Market by potentially increasing the number of mid to large-sized companies in it, all of which will reflect positively on the development of the Kuwaiti capital market and benefit its investors.
Companies listed in the Premier Market are required to maintain an average market capitalization greater than or equal to KD78 million ($256 million) as a minimum, which is the median market capitalization of all companies listed on the exchange.
This filter was developed by Boursa Kuwait, with the cooperation of the Capital Markets Authority, and will be updated whenever listed companies’ market caps undergo considerable changes.
Additionally, the requirement of a price to par ratio will be waived as per the new filters, it stated.
Furthermore, a condition that the company has not faced any disciplinary sanctions, which could be related to the suspension of trading of its securities, the suspension or revocation of its license, or the dismissal of all or some of the members of the board of directors or the CEO, during the two years prior to the annual review was added.
The new filters will be implemented starting from the annual review set to take place in January of next year, with the results announced on the second Sunday of January and taking effect on the second Sunday of February, said the statement.
The CMA Commissioners’ Council also approved a Boursa Kuwait initiative to suspend reclassification of listed companies from the “Premier Market” to the “Main Market” due to not meeting liquidity criteria for this year only.
Boursa Kuwait said the Authority had supported the restructuring of promotion requirements because it aims to develop the Kuwaiti capital market overall by raising transparency levels and allowing more companies to be promoted into its flagship market, raising the market’s ability to attract local and foreign investors.
The Premier Market’s requirements and obligations, which include bilingual (Arabic and English) disclosures, the establishment of an investor relations department as well as quarterly analyst conferences, have made it the premier investment destination for investors from all classes since the market was segmented around two years ago.
With that in mind, Boursa Kuwait wants to increase the issuer base of that market and entice companies from the Main Market, who fit the new criteria and want to attract the local and international investment community, to be promoted to the Premier Market.
"It should be emphasized that a listed company eligible for promotion to the Premier Market must officially accept its promotion to the Premier Market. Otherwise, it can opt to stay in the Main Market," said a Boursa Kuwait spokesman.
"It is worth noting that most investment products are more effective when there is more trading and liquidity on a particular stock and that most mid to large companies that enjoy high liquidity levels and continuous communication with their investors usually attract local and international institutional investors on a bigger scale," he added.