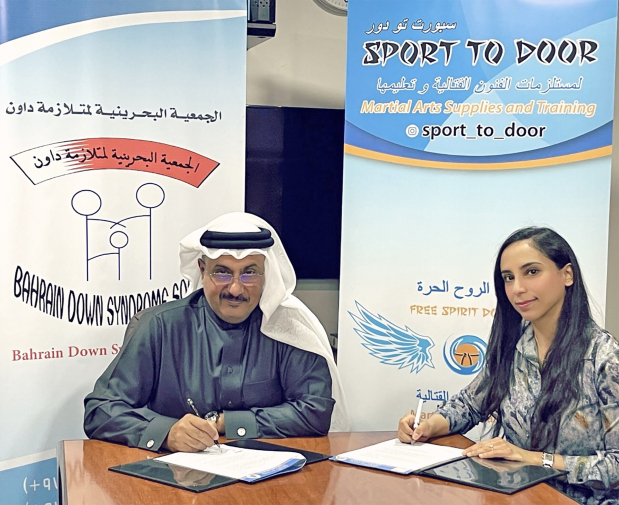 The signing comes in line with the shared vision to establish a Down Syndrome Taekwondo team, as the first ever Para Martial Arts team in the kingdom, in a form which displays their distinction in combat sports and capability to represent Bahrain in Taekwondo and achieve advanced positions.

The agreement was driven by the desire of parents of Down Syndrome children training at Free Spirit Dojang Taekwondo Club, after having witnessed the numerous benefits from the practice of Taekwondo on their children’s physical, technical, behavioral and psychological development, and the achievement of international medals last year by the club’s down syndrome star athletes – Rawan Al Saad and Noora Zainal – in online Para Poomsae Taekwondo championships.

He also stressed the importance of creating such collaborations which simultaneously serve the development of sports and societal agendas.