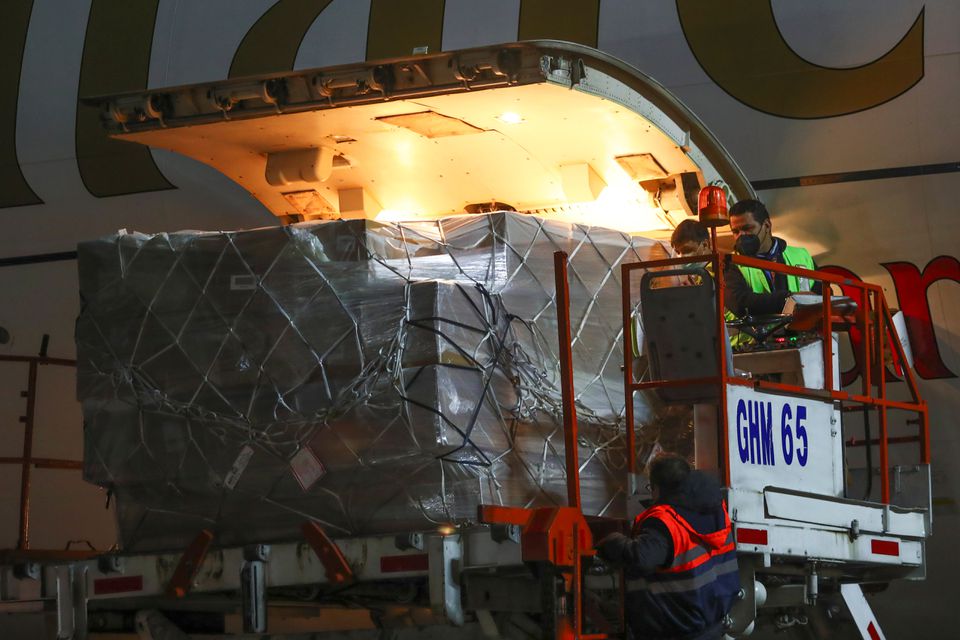 Mexico received a shipment of 870,000 doses of AstraZeneca's Covid-19 vaccine from India on Sunday, the government said, as the country prepares to prioritize older adults in the next phase of its vaccination campaign.

Mexico is also expecting shipments to resume of vaccine from Pfizer-BioNTech, with 494,000 doses due to arrive on Tuesday, Foreign Minister Marcelo Ebrard told a news conference.

Sunday's shipment amounts to about 42% of the 2 million doses of the AstraZeneca and Oxford University vaccine the country plans to import from India, in addition to packaging it locally, the government said.

Mexico and Argentina have an agreement with AstraZeneca to produce the vaccine for eventual distribution of 250 million doses in Latin America, with financial support from the foundation of Mexican billionaire Carlos Slim.

Mexico was also in talks to host part of a phase III clinical trial for a Cuban Covid-19 vaccine, pending authorization from health regulator Cofepris, Ebrard said, adding he hoped it would happen "very fast."

Mexico, which has one of the world's highest coronavirus death tolls, started vaccinating healthcare workers in December but struggled to hit its targets amid global shortages and delays of Pfizer's vaccine. (Graphic: https://tmsnrt.rs/34pvUyi)

Mexico will next vaccinate adults over the age of 60, a group representing 12% of Mexico's 126 million people, between February and April.

"The vaccines are already available.... and they will not stop arriving so that the national vaccination plan does not stop," President Andres Manuel Lopez Obrador said at the news conference in the southwestern state of Oaxaca.

Latin America's No. 2 economy has so far received just 1,636,350 vaccine doses, according to government data, but has agreements for millions more, including for China's CanSino and the Russian Sputnik V. Mexico received the active ingredient for 2 million doses of the CanSino vaccine on Thursday.